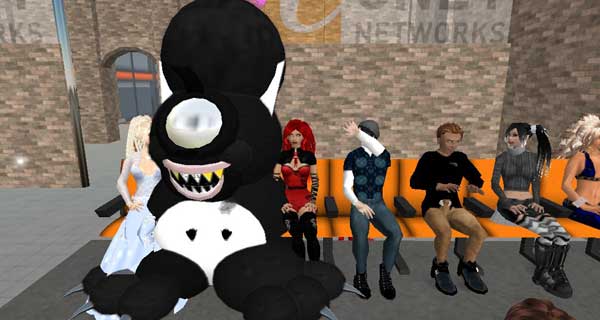 And yet those present would later say that something didn't seem quite right. 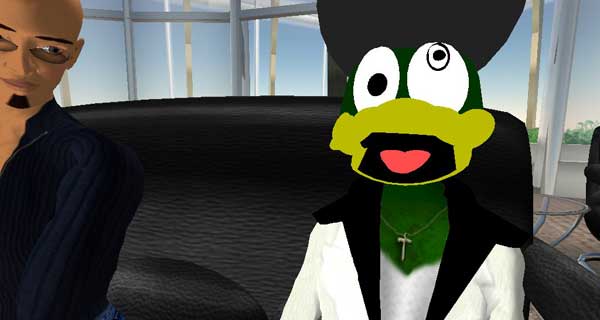 Almost as if there were a distinctly unsavoury element among them. 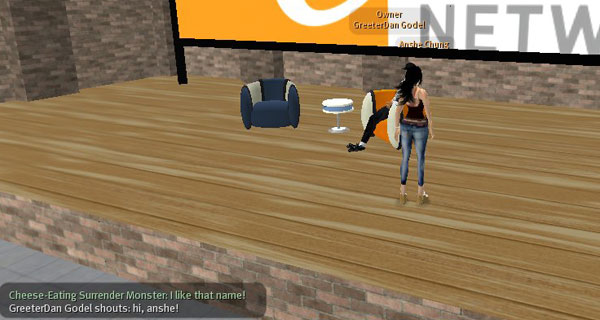 But that malaise was forgotten as soon as Anshe arrived. 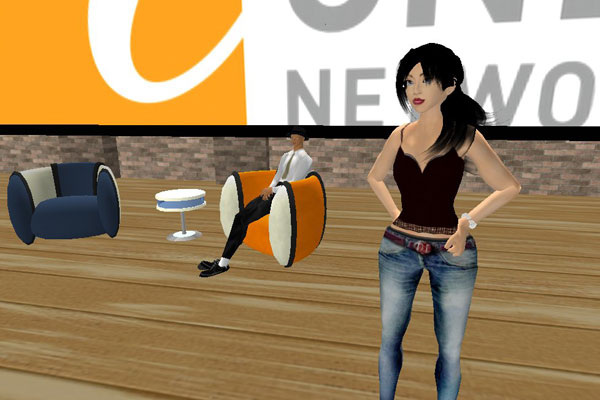 The monarch of the metaverse. Princess of prims. DUCHESS OF THE DIGITAL. LADIES AND GENTLEMEN, YOUR VIRTUAL VIXEN, ANNNSSSSHHHEEEE CHUNG! 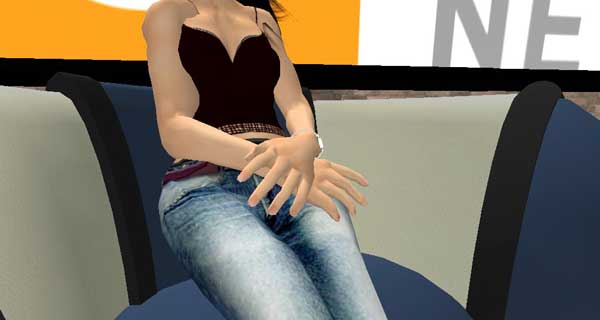 Immaculate right down to the pattern of her jeans, Anshe's beauty and charisma seemed to permeate the very pixels of Second Life. 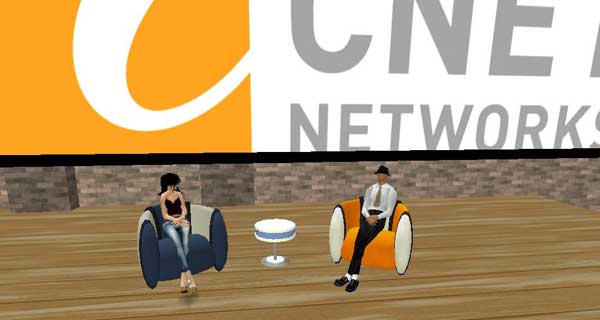 But the interview had barely begun when something horrible happened. 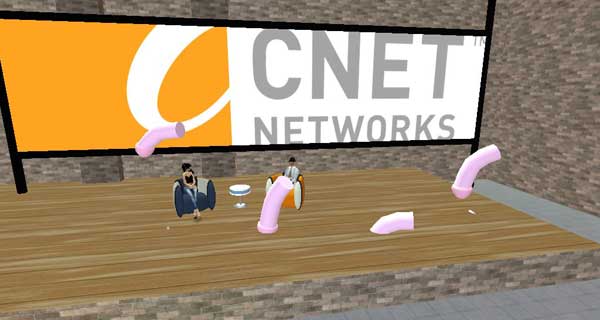 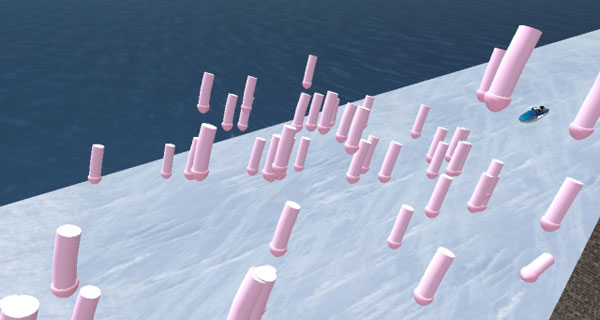 Yes, these digital dicks relentlessly infiltrated the interview. Even the valiant efforts of Greeterdan Godel were no match for the griefing genitalia. 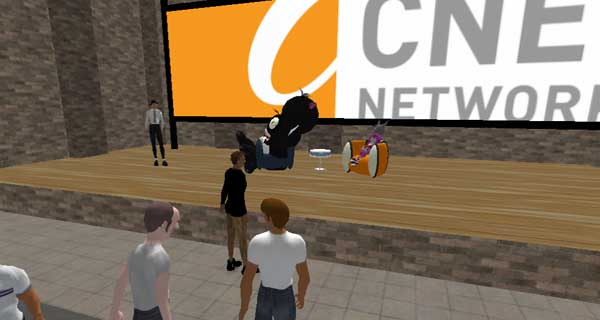 Anshe teleported out to save herself, and the monsters among the audience soon revealed themselves. 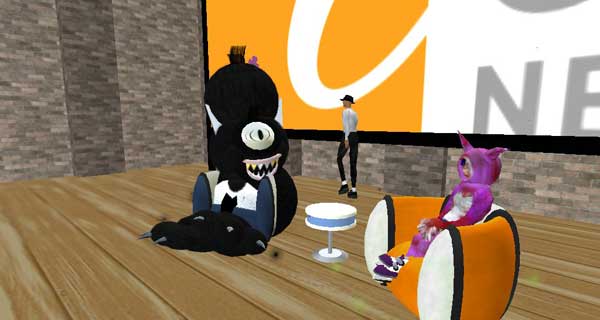 HAVE THEY NO SHAME???

Their dreams shattered and hopes crushed like so much virtual land beneath their hero's bulldozers, the crowd dispersed, leaving behind only tears which soaked the seats with sorrow.