The Bushmen of Buka 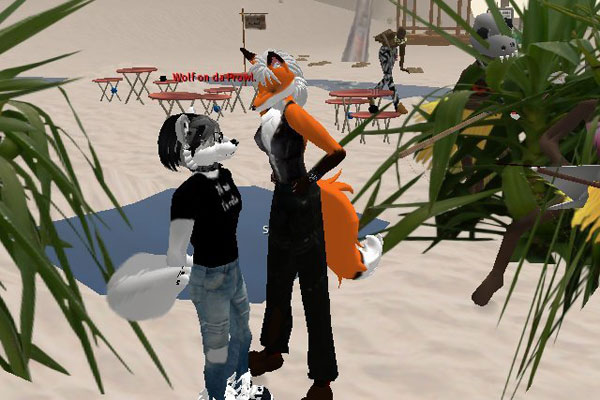 Good afternoon, and welcome to another fantastic episode of World Wide Wild. I'm your host, Chris "Petey" Peterson, here to bring you a week's worth of intrigue, awe, and complete exploitation of beautiful Mother Nature for unabashedly commercial purposes.

We'll return after a brief message from this week's sponsor, the Steve Irwin Institute For Examining Wild Animals That Will Eventually Kill You In An Incredible Instance Of Irony, or NAMBLA.

Charming as always. Well, it's time to get to this week's episode, which I think will outdo even last week's acclaimed requiem for [url='http://en.wikipedia.org/wiki/Litvinenko']Alexander Litvinenko[/url], "Death By Radioactive Sushi." As I think we proved last week, mere condemnation is too good a fate for the slimy bastards behind that attack. Call me an alarmist, but we need to hit these scoundrels with everything we've got.

The fish that launched this "suicide sushi" attack are cold blooded killers and we should grant them no quarter. The fact that their underwater scientists managed to refine Polonium 210 only proves what I've been saying for years: they've discovered Atlantis, salvaged its science, and are preparing for the final apocalyptic battle between man and fish. The stingray that killed poor Steve was a mere harbinger of things to come. So it has been written, and so it shall be done.

Worse yet, their daring infiltration of this Piccadilly parlor confirms our deepest fear. Britain is betraying us, and continues to assist the fish. I, for one, advocate immediate deployment of the most effective weapons in our arsenal against the fish and the British. Let's see if they still feel so frisky after a taste of our nuclear tipped treble hooks and laissez-faire capitalism!

My producer is signaling that it's time to talk about this week's seminal episode, "The Bushmen of Buka." Sure, go ahead and roll the tape, Jerry. Keep the sheep blindly following the shepherd. I always knew you were a fish sympathizer. Look at you. You're sprouting gills as we speak. Come here. You can't run from me Jerry. So help me god I'm going to catch you and when I do I'm going to FILLET YOU ALIVE, BENEDICT FISHNOLD!