The Internet's Coverage Of Sony In The Months After E3 - Inaccurate And Overzealous Bandwagoning Or A Legitimate Response To A Company Headed In The Wrong Direction?

Oh man I'm hungry. I'm so hungry that I'm grumpy and my eyebrows reflect this. I thought I was supposed to photosynthesize, what the hell. I bet I'll find some food if I just walk to the left for a while.

Who's that chubby guy in the overalls? Maybe he knows where... why is he jumpin- OH GOD MY SKULL!

Oh my God I'm disappearing! This is the end!

What is this place? The ground looks a little different and there are unmanned cannons firing all over the place. I should get out of here by walking to the left. I bet I'll find some food there.

No, I bumped into a wall and now I'm walking to my right. Damnit.

Hey buddy, thanks for crushing my head before! Real nice! You toss pizzas with those feet?

Did you just throw something at me? What the hell? It's a good thing you can't aim for shit, otherwise I'd come over there and - OH GOD I'M BURNING!

Where am I now? This cave is cold and dark. I bet there'll be an exit to the left. 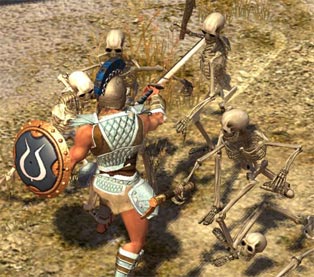 Terra Wars: NY Invasion
All those in favor of generic lizard men and texture art circa 1998, please vote by dancing in a rust factory's Chair Room. 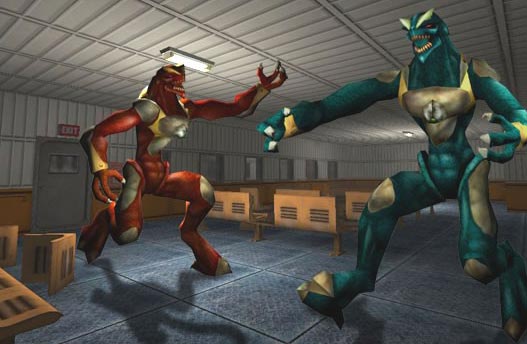 Glory Of The Roman Empire
Rome wasn't built in a day, but apparently the whole empire was built in 30 simplistic missions that presented no difficulty and left the planner feeling thoroughly underwhelmed. 6/10

Chromehounds
Finally, a mech game for people who hate substantial single player campaigns and love spending more time screaming at squadmates than screaming at their own families. 7/10

Frogger
How can you possibly refuse to buy the arcade classic Frogger in HD (with the game itself occupying a tiny space in the center of the screen) for only $5 if you've got a gun to your head and the man holding it will kill you and your family if you don't buy the game? 6/10