This bi-week I half-ass played Perfect World--a game from the sludge pits of Malaysia. I am seriously not trying to pick on MMOs that come from Asia but they make so god damn many of them. I don't sit down and say "Well what MMO... oh wait IT MUST BE ASIAN BECAUSE I AM A DIRTY RACIST!" I just pick a game that looks like garbage and typically they come from somewhere in Asia. It's a big place with a lot of people, what do you expect?

Perfect World may be the first MMO I review that isn't just outright free. Currently, they opened an "international" beta test and since the timing was dead on, I decided to give it a go. Landing a beta key wasn't very difficult since people aren't fighting all too hard to get one (they are just floating around on fan sites by the thousands) which shouldn't be any surprise. Since the developers are planning to release this game on some kind of monthly fee (I think), I will hold it to the standards of other games that do the same. 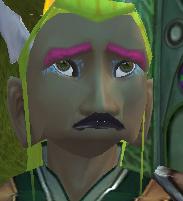 Ultra-realistic!At first glance, the graphics don't look too bad for an Asian MMO that I had never heard of. However, upon staring at it for any extended period you begin to notice thechinksdents (OH GOD I AM NOT TRYING TO BE RACIST GUYS SHIT IT IS JUST A FIGURE OF SPEECH) in the metaphorical graphical armor.

The character customization allows you to make the goofiest looking people imaginable and the Goon Ckrew didn't waste any time doing just that. I managed to make my character look like Jay Leno by setting all of the sliders to their maximum setting. Is Perfect World trying to say Jay Leno is a fat head? Probably! I should also mention that I screwed up when picking a skin tone for Leno but when I hit "reset" it made everything an extremely bright white and I had to start over again.

Another gripe I have with the graphics of this game (and most second rate MMOs these days) is the presence of anime. Anime is by far the worst thing that has ever happened to mankind. I am including Wars, Holocausts, and the eventual destruction of Earth in this group. Whoever first created anime should be slowly tortured to death, resurrected somehow, and tortured again. Even World of Warcraft jumped on the Anime bandwagon with new loading screens and some of the new haircuts. If you like anime, I hate you by default. Where was I? Oh right, the game tried to guide me into making the gayest anime character possible by only giving me one haircut that didn't scream, "I am a gay fat baby that watches cartoons from Japan that don't make any sense."

This girl won a gold in the uneven bars or some shit.Before I could actually play this stupid game I had to find the client. Normally you can just go to the game's "downloads" page and be on your way. However, the good folks at Perfect World decided to make that nearly impossible. Sure, a downloads page exists but none of the direct links work. I take that back; one did work but the file was corrupt when it finished downloading. The only way you can get this game is through a torrent and when Comcast has your torrents capped to a degree of ridiculousness, it tends to take a while.

Seventeen hours later I made Jay Leno and jumped into Shitsville. With very clunky controls and a running animation that looked like garbage, I ventured out for a quest but luckily I didn't have to type to NPCs. I noticed that when I jumped, I could easily clear a two story building and if I held down the space key I double jumped. Luckily fall damage didn't exist because I am pretty sure I would kill myself if I could actually jump that high.

The first quest was, to no surprise, a "go kill ten of these things for training" assignment. I know quests usually only fall into a few categories but Jesus Double Jumping Christ does every game have to start out this way? So there I went killing some creatures I couldn't recognize while listening to the most annoying oriental music my ears have ever been raped by when suddenly something came over me. This all familiar feeling of ,"I could be doing something better with my time" made me very apathetic about this game and I pretty much gave up. However, in an attempt to give all three of you a better article, I just minimized the game and began, well, writing this article. However, when I returned to the game, I noticed an extremely annoying bug. It appears that if you minimize the client, come back, and try to click anywhere on the screen, the game will boot your ass right back to the desktop as if you had told the game to minimize again! As of writing this sentence I can tell you I haven't played the game since and I really hope I can muster up the masochistic tendencies I must have to play it again. 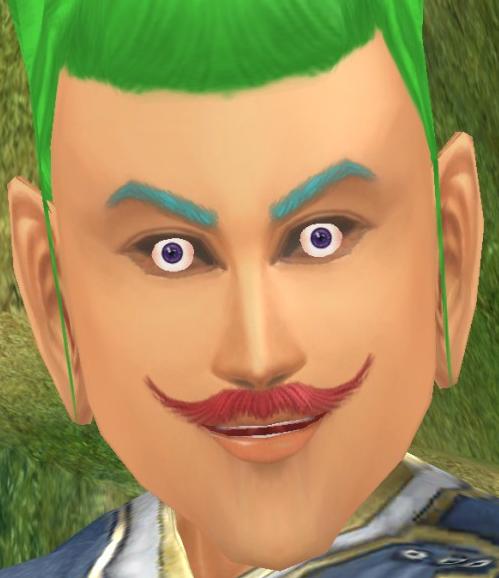 Just in case I don't get around to playing this lump of crap again (most likely), I have prepared a list of excuses. If you want the list to be relevant to this article, just pretend it is a list of things I would rather do/have happen to me than play Perfect World.