The Xbox Reveal, Gearbox Buys Homeworld, New Link To The Past

What To Expect From The Xbox Reveal

We now know that Microsoft will hold an event to officially announce the next Xbox on May 21st. Well, technically we don't know that for sure. They could be announcing the return of Microsoft Bob.

If they are going to reveal the new Xbox, though, here are a few details that you should expect.

Not A Dog
Microsoft squashes early rumors that the Xbox is just a spraypainted dog.

It's Got A Handle
Remember how sweet the GameCube's handle was? Well the new Xbox is bringing the handle back to console gaming. More than that, they're going all-in. The entire console will just be a handle. Thanks to advancements in technology which allow for smaller components and cooler operating temperatures, the entire system will fit inside a handle with room to spare.

Always Online
You saw how well always-online worked for games like Diablo 3 and SimCity. Now imagine an entire platform that won't let you do shit when the network infrastructure goes down for maintenance or any unexpected problem. This is rumored to be a major sticking point for the new Xbox.

The benefits are numerous. Microsoft gets to keep tabs on customers, gather information to sell to advertising partners, implement crazy DRM, upsell customers on DLC, and dynamically barf ads all over your screen.

Wait, you want benefits for the customer? What do you think this is, a charity? This wouldn't actually benefit customers in any way. If it's marketed as THE FUTURE, though, you might feel like it's inevitable and possibly get excited if they show you enough high poly renders of dudes shooting one another.

Luckily, people never turn to video games for entertainment while they don't have anything else to do, like when their internet goes out.

Next-Gen Kinect
There are no controllers whatsoever for the new Xbox. There is no Kinect sensor either. The console itself is a touchpad. Tap it, swipe it, spin it, and shake it to play the latest mind-blowing video games.

Who Needs Art Direction When You've Got Polygons? 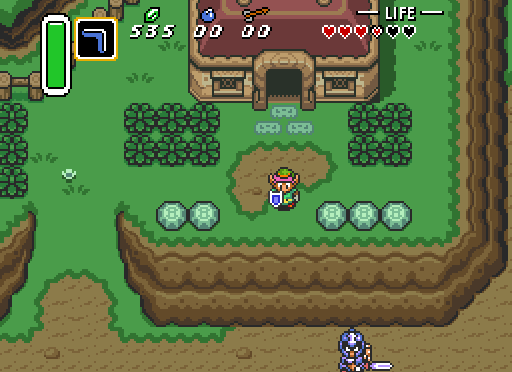 This is the sequel, twenty years later. 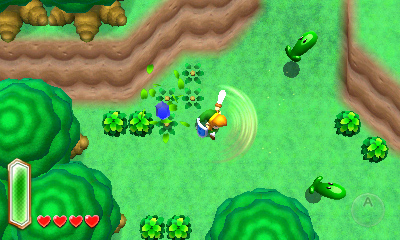 Gearbox Acquires The Rights To Homeworld

Homeworld is one of my favorite games of all time. It's sparse, stylish, clever, and all sorts of fun. It came with one of the last great PC gaming manuals, a hefty book crammed with great art and nerdy lore.

Now Gearbox has snapped up the rights to Homeworld. We'll probably be seeing a digital release of the original games followed by Homeworld 3.

Here's the thing - I want their game to be good. While my humor might come across as bitter or sarcastic, I really want every video game to be awesome. The problem is that I have memories and a brain that functions just enough to be able to think on a rudimentary level. Because of this, I know that Gearbox will probably lie about some aspect of the project, steal ideas or art from someone else, neglect to implement fairly obvious features, or all of the above.

They're not the worst possible group that could have gotten ahold of the Homeworld license. I suppose there's a company that buys the rights to properties then incorporates those properties into NAMBLA propaganda. That's got to exist, right? Because that would be worse. Aside from that, I'm drawing a blank.

Even if you can look past the company's past behavior and pretend that it will have no bearing on their future, their games simply aren't all that special.

Colonial Marines and Duke Nukem Forever were disasters, with varying degrees of carefully built-in blame deflection. The Borderlands series is Hellgate: London made somewhat passable with the introduction of the movement and shooting mechanics from Halo. Borderlands revolves around shallow mechanics that tickle our lizard brains, and it still manages to be all sorts of fucked up in terms of itemization, difficulty scaling, and quest structure. Gearbox can make big dumb shooters, which are fine, but they haven't shown an ability to create anything worthwhile beyond their middle-of-the-road combat.

This is Guy Fieri using his America Burger fortune to buy a 4-star restaurant and reopen it as Killer Kuisine Dawghouse. It isn't the end of the world by any means and it doesn't negate the accomplishments of the first games in the franchise, but it is a sad validation of incompetence swaddled in lowbrow mass appeal.

Let's just be glad that Gearbox didn't acquire the rights to No One Lives Forever. Actually, let's not give them any ideas.

Dead Island: Riptide
This doesn't address any of the obvious problems that held the original Dead Island back from realizing its potential, but it does drop you on a different island with more zombies. 4/10

Monaco: What's Yours Is Mine
It's a heist game that actually makes you feel like you're pulling off a laser-beams-and-clueless-guards movie heist, and that is the coolest thing in the entire universe. 9/10

Defiance
You can get around 30 hours of fun out of blasting things and dressing up in this early stage of the hybrid MMO/shooter, but halfway through you'll wish there were more outfits, more types of bad guys to shoot, more reasons to shoot them, more encounter types, and fewer hair-pulling shooting gallery challenges. 7/10

Injustice: Gods Among Us
Now that we have a really solid DC Comics fighting game, maybe they'll get back to me about the Flash turn-based chess-playing simulator that I proposed. 7/10