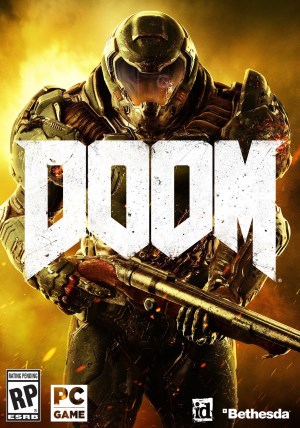 Some sites and podcasts express concern about whether certain games are "modern" enough. They hem and haw about entire genres being outdated, as if currently popular things are immutable signs of progress, not to be overcome by good design. Doom dashes into these sites and their concerns at 90 miles per hour with a chainsaw and it gasps in glee as a rain of ammo splatters onto its face.

Doom circle strafes while unloading a shotgun into everyone who says framerate doesn't really matter. Then Doom jumps off a ledge and kicks the head off everyone who goes out of their way to talk about how much framerate matters, because of course it matters you fucking nerds. Uncomfortable with the silence that follows, Doom pretends to see a demon and shoots a pile of red barrels.

This game is unabashedly fast and tense and earnestly silly. It's the first truly great first person shooter since... oh, haha. I just looked at a list of FPS titles to jog my memory and it turns out the last one I loved was the Wolfenstein remake, since practically everything about Destiny rubbed me the wrong way. Bring on Quake, I guess, especially if it's slathered in the basic Quake 2 blaster. 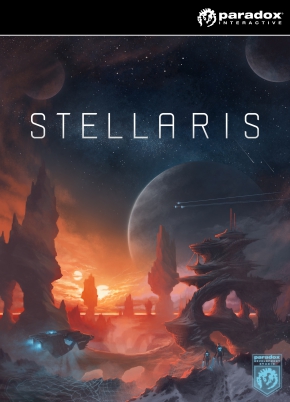 I love strategy games above all other genres. I also happen to be an idiot who is preposterously bad at strategy games. This was my experience with Stellaris.

Left the game on its default speed. Basked in the sprawling, ponderous sci-fi vibe as I sent my little fighter ships out to scout, told my science ship to scan solar systems for resources, and managed my starting planet. Came across anomalies. Embarked upon multi-part event chains. Marveled at the way this felt like a perfect blend of Civilization V's inviting art design, Crusader Kings 2's charmingly written events, and Endless Legend's novelty. This amazing thing happened: 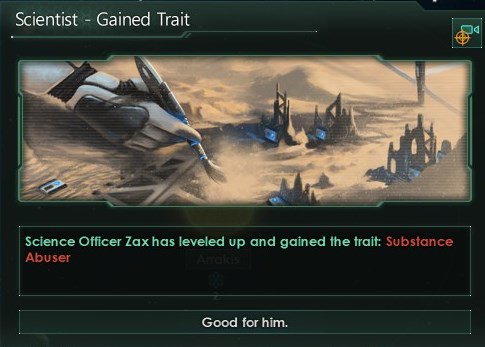 After a week or so, realized I was just sort of making my blob bigger than the other blobs, waiting for more fun text events that never came.

If I could have maintained a small empire while continuing to research, explore, and send my modest fleet on text-driven quests this would be my dream game. As it is, it's only the most enjoyable 30 hours I've ever spent with a 4X before reluctantly stopping to wait for an expansion. 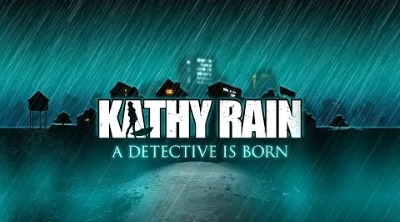 I come to adventure games for one reason: To click an eyeball on lots of things. Give me an environment with a bunch of extraneous objects for my character to describe. That's why I'm here, folks.

Kathy Rain has a pleasing amount of eyeball-able stuff.

I usually stop playing adventure games when I either get lost or bump against a tricky puzzle, stepping away from the computer to pull an astronaut helmet over my head, close the visor, and calmly scream every obscenity I know.

Kathy Rain didn't make me step away in frustration. In fact, it somehow kept me playing for hour-long sessions (a first for me), deftly transitioning from mysterious narrative to exploration to puzzles that made me feel smart. 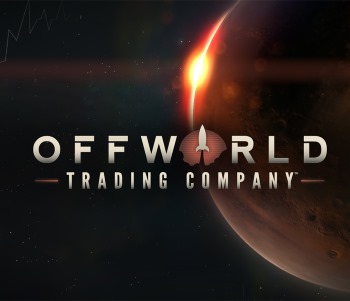 Remember the time I said I was a strategy idiot? Well, I also happen to be a fairly proficient economy idiot. Offworld Trading Company is an RTS about both those things, and space.

It's also a game that (thankfully) includes a pause button. That means I get to spend as much time as I want mulling over every terrible decision. There's supply, and demand, and stocks, and scarcity, and patents, and I think there's lemonade stands in there somewhere too. Look, this is all over my head.

What I do know is that you can plop claims down on tiles and watch as stylish sci-fi buildings sprout up, then begin harvesting resources to be whisked away by nimble space barges.

It's my favorite part of RTS games - building up a base - with pleasure domes and hired hackers and bribes in place of combat. I have no idea what's going on. It's great.

Doom
This completely invalidates my Doom comic reboot, and I couldn't be happier. 8/10

Stellaris
One of my lizard spaceman scientists landed on a primitive world and proclaimed himself a god, and I was able to either admonish him or choose a reply saying, "Haha, good one, buddy!" 9/10

Kathy Rain
I finished an adventure game, and I didn't have to look anything up in a guide or scream. 8/10

Offworld Trading Company
(In a business suit, with slicked back hair, speaking into a gold-plated pager) Buy! 8/10

Battleborn
Gearbox's biggest hit was a slightly less broken Hellgate: London wriitng that was only 90% as terrible as the writing in Battleborn, propped up by an art style that connected with the audience as much as it connected with the company when they decided to steal it. 3/10

Uncharted 4: A Thief's End
I'm glad Nathan Drake finally found the treasure he was looking for all along: over $300 in savings bonds that will only increase in value. 7/10