Here's everything I know about Lovecraft: If you add "ian" to the end you get a descriptor. Tentacles. Racism. Paying an unfair price for uncovering dark ancient things that shouldn't be seen with human eyes, much like stumbling across SomethingAwful.com.

I've never read an H.P. Lovecraft book and am not particularly drawn to the genre. So why did I pick up Eldritch Horror? It's one of those board games that almost everyone has heard of, and people who actually know things (i.e. not me) seem to have strong feelings about whether or not it's any good.

Maybe in a year I'll know enough about board games to have Good Opinions. Maybe I'll be able to weigh in on the Ameritrash vs Eurogame debate. Maybe I'll mock games that have any element of chance whatsoever, or sneer at wooden stick figure pawns because they're not as pure as wooden cube pawns. Maybe one day I'll actually play a war game.

For now, I see people on the internet mention a game, look it up, and if a picture of the box + components makes me go "Ooh!" I check it out. That's where I am.

So that's why I decided to play Eldritch Horror. It has an Indiana Jones-y map of the world, complete with dotted lines.

Here's the setup. An ancient evil being awakens in the 1930s. Portals open up all over the planet, dropping off little vampires and ghosts with their oversized backpacks and bagged lunches. Players work together as they travel around the world to fight evil, close the gates, and ultimately defeat the ancient evil by solving three mysteries, like any good Nintendo boss fight. 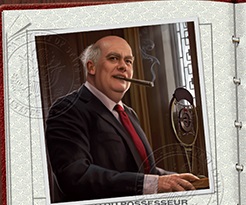 There's a nice mix of investigators to choose from. You could be a Boss Hog/FDR hybrid who parks his butt in San Francisco, scoops up useful items using his considerable influence, then slips those items into the pockets of other investigators anywhere in the world. You could be a former cultist who has seen so many horrors that she won't lose her sanity (an actual resource with brain-shaped tokens) even when a scary octopus man jumps around the corner and yells scary octopus things. You could even be a New Orleans jazz guy who is basically a bard, making nearby players stronger with the power of trumpet toots.

Turns are broken up into three phases. In the first phase, investigators prepare for coming hardships by powering up like a Goku.

Well, maybe not exactly like a Goku. They take naps to regain lost life and sanity. They try to scrounge up gear, spells, and allies. They travel, or get ready to travel by purchasing cool-looking train or boat tickets: 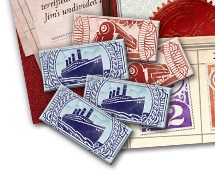 So maybe the investigators don't power up in exactly the same way that a Goku might power up, but they do power up in a way that is respectful of a classic Goku power up.

In the second phase, investigators sort out any horseplay that's going on at their current location. Is there a bad guy? Fight that guy. Is there an interdimensional portal, or an important-looking CLUE, or are you just sort of standing around in Tunguska? Flip over the top card from the appropriate pile and see what happens.

This is where the game really got its hooks into me. Resolving a card is like going on a short text adventure. There's a surprisingly effective bit of scene setting, a dice check, then two possible results with different mechanical and narrative outcomes. You might peer into a dimension of talking cats, ask them to share forbidden knowledge, then fail your speech check and injure your back as you scramble away in embarrassment. Elsewhere you might succeed a perception check to jump on stage and stop a dark ritual hidden within an opera performance.

In the third phase, evil (which has been admirably patient) gets to take a turn. I'd describe this in detail but really you just need to know that evil is going to mess you up real bad. You're going to get hurt. You're going to lose your mind. Sinister forces will conspire to make sure that every step of your journey will land upon on a rake, which will hit you square in the face.

If you decide to try Eldritch Horror for yourself, be aware that it will feel like there's way too much to keep track of in your first game. There are like fifteen piles of cards, a time tracker, a tracker that seems to be charting the phases of some mystic moon, and even a gift shop. Each phase gives you a choice between a zillion actions and you have no idea why you'd want to do any of them. Almost every component is marked by arcane icons with context-sensitive instructions. Basically you're stepping into board game Calvinball.

After a few games, you'll realize how streamlined the mechanics really are. Power up like a Goku. Do a card. Get punched in the boob by unfathomable tentacle face.