My renewed interest in board games can be blamed on Fantasy Flight Games' Imperial Assault. It's full of adventures with varied objectives, interlocking cardboard tiles that might reveal space treasure or a grumpy AT-ST, agonizing decisions about the use of special abilities, and plastic figures valiantly rolling colorful dice at one another.

When somoene pointed out that Imperial Assault was basically a more refined Descent Second Edition, and that Descent swapped Star Wars with the sort of ridiculous fantasy bullshit I secretly enjoy, I had no choice but to check it out. 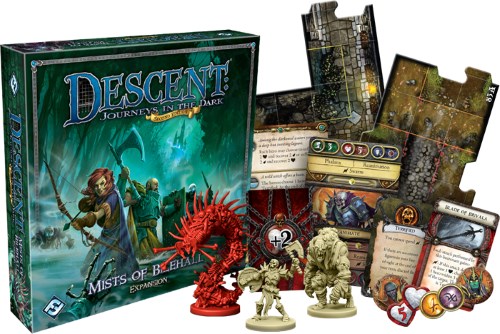 The game has been sitting on my shelf for nearly two months, unplayed. Between reviews of other board + video games and my futile search for a more reliable source of income than "pitch freelance articles, get no response, or get a response then somehow feel guilty about pestering large companies to send the pitifully small amount of money they owe me", I just haven't had time to get to Descent.

No, I didn't find stability. I'm doomed to continual disappointment as I search for an actual job that considers my ten years of writing for SA and various video game websites as experience.

What happened was FFG released a free app for Descent called Road to Legend, and this gave me an excuse to finally play the game. 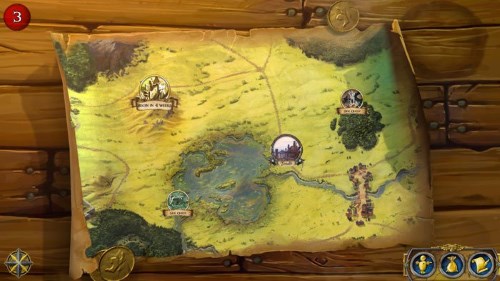 Road to Legend automates some of the fiddly aspects of the game, keeping track of your progress and letting you dedicate more time to actually playing. Here's how it works:

You tell the app which expansions you own, so it knows all the cards and tiles and heroes and skeletons it has to work with. There's loads of expansions, like Mists of Bilehall, Labyrinth of Ruin, Lair of Vomitgulp, Manor of Dryheave, and Shadow of the Lair of Ruined Barfberg. Some of those might be made up, but you get the idea.

Then you tell Road to Legend to begin a campaign. You pick your heroes. You find yourself looking at a very fantasy-ish map with a store, a few sidequests, and the next main quest. 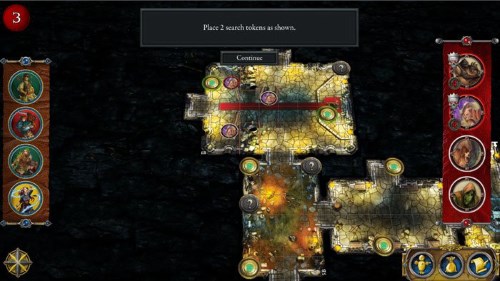 Once you select a quest, the app reads a bit of narrative then tells you which tiles and components to place.

The next part is my favorite. Road to Legend takes over the duties of the overlord, controlling all the monsters and revealing hidden events. This means that all the players get to co-operatively explore without knowing what's coming. In Imperial Assault (and I'm assuming Descent) being the overlord can be kind of a bummer, especially when there are only two or three players, so this is a welcome change.

Road to Legend comes with a four-quest campaign. There's a larger DLC campaign on the way, but a price hasn't been announced.

Descent Second Edition is exactly what I was hoping for in itself, a blend of dungeon crawling with tactical skirmishing elevated by a strong theme. Road to Legend makes the game more enjoyable. It doesn't, however, do everything I would have liked.

For example, I bought this campaign book called Heirs of Blood (naturally) that has one overarching story comprised of thirty two quests. I thought I'd be able to tell the app that I own the book, then play that campaign with the app. Nope. Didn't happen.

If you own an expansion, you'd think all the quests from that expansion would get shuffled into the app's campaign. That doesn't happen. Each expansion just unlocks a single Road to Legend sidequest.

Descent Second Edition is a great thing with an acceptable amount of plastic skeletons. I'm glad I checked out the app. I just hope that future updates fold in all the existing quests, and that something like Road to Legend eventually comes out for Imperial Assault, assuming a weird Star Wars licensing issue isn't in the way.