I have finally found a web site that lives up to its name. It's called Argue With Everyone. Argue With Everyone doesn't make any false pretenses about what goes on there. It's pure unadulterated arguing. It doesn't help anyone. It doesn't make anyone's life better. It's just arguing. Far too many web sites claim to be bastions of knowledge, a place to get advice, or even make new friends. It's all bullshit. Let's just call the Internet what it is, a place to argue with everyone!

Yes, but God forbid anyone become a well-rounded person with interesting shit to talk about. 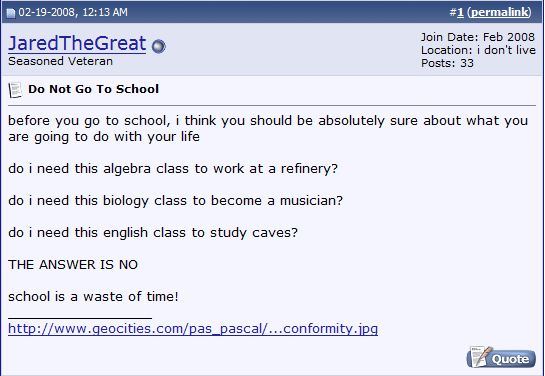 Those Asperger's tests are about as accurate as the "WHAT SONIC THE HEDGEHOG CHARACTER ARE YOU???" tests. 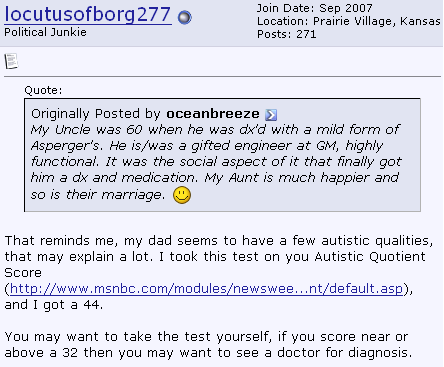 At least this forum lives up to its name.

What does God have against the Pittsburgh Pirates??? 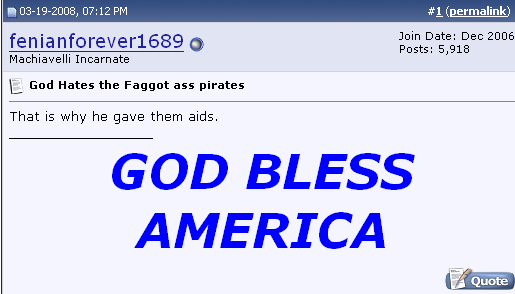 Oh! Don't get me wrong. There are good Jews, but they are few and far between, you understand.

A man is like a freight train. It takes a couple miles to come to a complete stop!