Christian RPG is your standard issue Final Fantasy forum with a Catholic twist. It's crazy in more ways than one. If the three wise men were riding chocobos, could they have accomplished their undercover mission of stopping the birth of Jesus Christ and preventing over 2,000 years of conflict surrounding his name? I was hoping these kinds of hard hitting issues would be tackled on Christian RPG but it's just the same crap. Enjoy.

Hey, at least they're being Christian about it. Do whatever you want regardless of what they teach and preach to you but hey it's okay as long as you feel guilty about it afterwards.

Hey my message is only a couple lines but here's my sig that'll fill up half your screen. 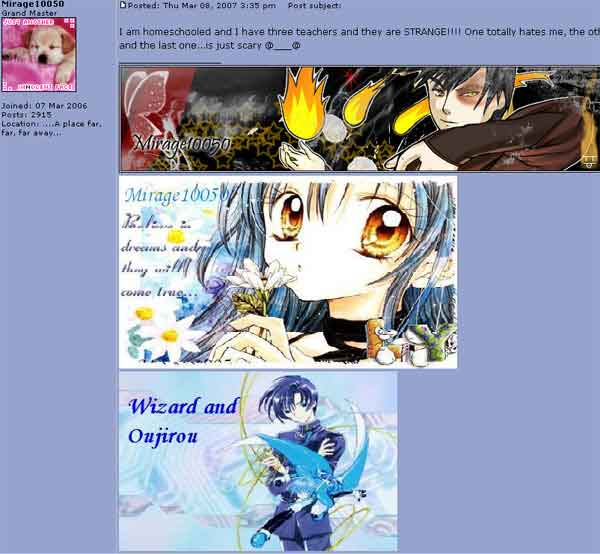 I hate Oprah like any normal person but not for whatever dumb reason Megaman avatar is giving here.

Personally I'd rather see religion vs. realty.

Voted other. It's much more like a used packet of soy sauce for me. 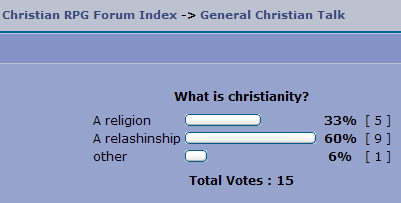 The end of the world will come when Jenova returns to Earth. Then and only then can the lifestream resurrect the planet and restore balance and unity to gaia.