Wednesday, Mar 05, 2008 by Caylen "Abraham" Burroughs
Know of an awful site? Send it to us and become a hero! 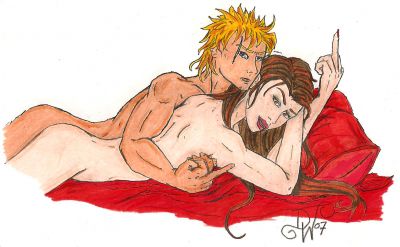 ~=Their Love is so Destined=~
"Ironically, this pair has stirred up more controversy than any other Star Wars pairing, even in the EU (Expanded Universe). While people seem to have no problem with slash pairings (Ani/Obi, Ani/Palpatine) or Padmé being paired off with another bloke (Obidala, Bail/Padmé), for Anakin to fancy another woman has now become taboo!"
Today's ALOD celebrates Star Wars fan-fiction; the strongest love two fictional characters can ever hope to endure. It might surprise you that for how work-safe this non-self-insertion, sorta well-designed slash fiction website appears to be, I'd still consider it to be more fucked up than your average 14 year old girl writing about Luke Skywalker & Goku doing it in front of her her 5th period life sciences class. Why? The devil is in the details: 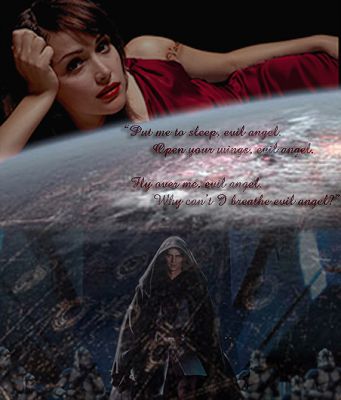 "¬They both have an inferiority complex: having to, or feeling they have to, go to great lengths to prove themselves to other people. This stems from their upbringing: Anakin as a slave then under the tutelage of a Jedi Knight, Dormé as a handmaiden trained to serve and protect Amidala whose life is more important than Dormé's. (In the fiction on this site, we've added the backstory that Dormé is also from a lower middle-class family and is not treated with the same respect given to those handmaidens of noble families)"


You see, Dormé isn't just a poor spelling of Dora the Explorer. No, Dormé apparently is a character in Star Wars that is on screen for a total of seven to twelve seconds, across all six of the films. This website has developed small novels of poorly written backstory for her and Anakin "Ponyboy" Vader falling madly in love, and even bothered to justify it to people wondering what the fuck. At no point do they make any effort to justify the large amounts of fan art, VIDEO, and the amount of effort spent on these fictional couplings.

Dormé overheard Anakin speaking of his lust for power in Padmé's presence on more than one occasion, but where her mistress ignored or blatantly disregarded it, Dormé's ears perked at it. Padmé looked past the young Padawan for a moment, glimpsing Dormé, who was watching with obvious concern and not even trying to hide her interest anymore. Dormé has secretly, unbeknowst even to herself, wanted Anakin.

Oh, I guess that makes sense. Thank you Internet, for giving every subculture a place to organize and be fucking crazy together.
Know of an awful site? Send it to us and become a hero!