It was the dawn of Christmas eve, and poor Snugglebear was not with Cuddlefish. Although he would have had it another way if he could, the grasp of his employer had him in their clutches for the next eight hours. 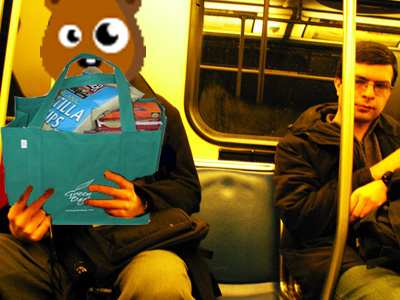 Fighting it was out of question, so the best thing was to carry on with the time that they had. Preparations were necessary that night, for dinner with the entire fishy family was soon upon them. How ironic, though, that picking up Cuddlefish's older Sisterfish was in the vicinity of Snugglebear's workplace.

The hours that were given to Snugglebear made it very hard for him to make it to dinner on time with the fishes. For the meantime though, Snugglebears workplace provided him with an all-you-can-take buffet of the days leftover spoils. Whatever he could get a hold of and bring home, he did his best to make it happen. Of course, not without getting a bite first. 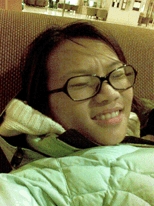 A hungry bear at a dinner with a family of fishes can be quite nerve racking.

Today's ALOD is a prime example of why you shouldn't make a website about your relationship, especially if you are a 20-something retarded manchild. The entire site illustrates what I believe is a desperate, yet totally infatuated human being's dates with what I am assuming is another human being. They could both be stuffed animals. I am not sure. What I am sure of, is that putting your "Dating Budget" up online for the world to see is the best way to show bad your dating life really is. Especially when you preface it with "And to avoid Cuddlefish abusing the fund, one redemption is allowed per week.", followed by an elaborate chart detailing its score system.