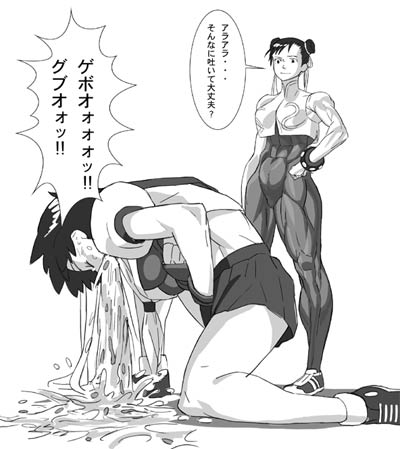 Aside from some dangerous liberties with color and anatomy, this guy demonstrates minor talent, albeit annoying anime talent. Unfortunately he dedicates his talent to one of those mind-boggling fetishes you have to have a railroad spike jammed in your brain just to grasp. In the midst of this woman-punching nonsense, there is also this incredibly confusing drawing of a "woman" squeezing a penis in "her" folded arm. Is that a fetish now too? Maybe I lack imagination, but that's about as erotic as being forced to diagram sentences from SA articles. When all is said and done, we have one more site to add to the stack of evidence supporting Japan's complete re-obliteration.