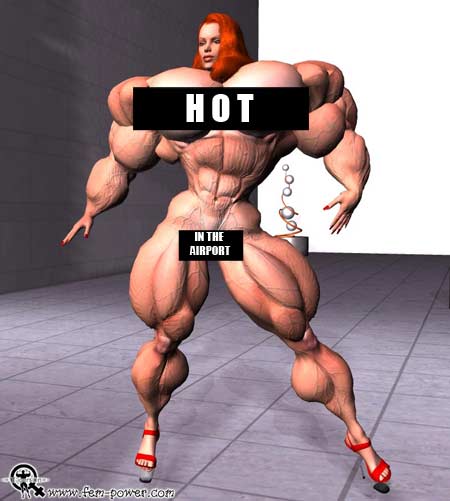 Her majesty Michelle, is the biggest and the most muscular woman in the universe. She weighs over 1200 pounds and could crush a tank with her bare hands. I dont think that you should mess with her. She was born in Sweden, in small village called Hesbleden. When she was 13yo she was abducted by aliens, and after that incident started to grow enormously, and became superior being at the age of 22. (-=']['igers@n=-)

I don't know how superior she really can be with a physique like that. She may be able to crush a tank but can she sit down? Can she drink from a glass or comb her own hair? I don't think she can. Michelle is probably the most freakish abomination on the site and she even has her very own video!