Something Awful occasionally publishes Truth Media reviews, write-ups so grotesquely uninformed and inaccurate that only a complete imbecile would fail to recognize them as farcical. Of course complete imbeciles are quite common on the Internet, so angry responses pour in by the hundreds, mostly from people who write something like "let me catalogue the inconsistencies" before producing a detailed list of errors (that were intentionally included in a fake article on a comedy Web site). Forbidden Truth Media is kind of like that, except instead of reviewing movies, music and games, it reviews society as a whole. And instead of being a joke, it seems to be very, very, very serious.

"To overview, some basic Forbidden Truths are:"

If you're more of a visual-minded person, this "basic societal status diagram" should clear things up for you. 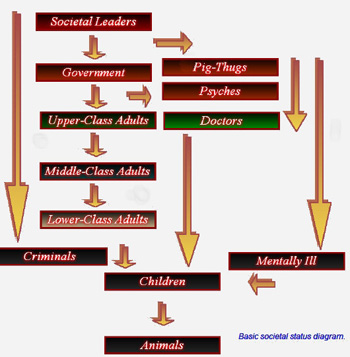 Forbidden Truth recently addressed the lowest-rung category with an enlightening update about animals: 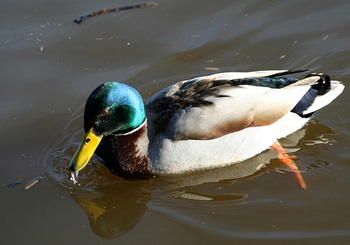 This duck is just going about its business. It is not a insane human, spouting insane ideologies and fascistly imposing hypocritical behavioural standards on other life forms.
Forbidden Truth is an ideal site for political-minded sorts who find themselves with free time today for some reason!