Subj: I TRIED TO STOP THE ZOO PROBLEM

Hello!!!!!! It is your father here, and you may be remembering, like I am, the time your childhood friend had a bad thing happen in his own home. Your friend Funny Feet Pete, who lived at the zoo because his dad was the head zookeeper and the kid walked like a woman who was pregnant on the side, and their whole family was struck with tragedy on account of me and it is my time to explain my actions. 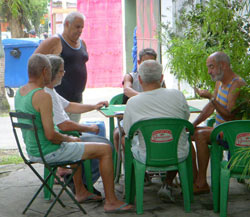 True, I worked at the zoo, but I was not in the suit-wearing Animal Acquisitions department, and I was not actually on a high-profile business trip that fateful night. I was sitting on a stereo speaker, drinking beers in a room with an iguana. I cleaned up the place and it was night time at my job at the zoo and it was my time to shine!!! i had many friends over, and friends of friends came too, many of foreign and mysterious origin. Some of them were gamblers or rogues looking for a thrill you can't legally get in most places. They came for a poker night I advertised as "Tonight We Play With The Animals... For Keeps" which apparently means to rogues "Tonight We Get To Keep Or Shoot The Animals" But guess what, we never shot them!!!! The guys just brought a lot of guns and talked about the different animals to shoot. We set up the card table in the Insectarium because it was the only air conditioned part that didn't have a bunch of presenting mandrills in it at that time of year.

Things started out nicely enough. Some of the meaner European guys kept making trouble about the snacks and the bets and everything else though, but almost everyone was having a good time. The game went on for hours and we started to bond a little until one of the European guys said "Blah Blab Boot Big Bullfrog. Big Bullfrog" and pointed at a huge bullfrog in a cage near us. I think he wanted to win it or someting so I said "Sure Thing Bud" because theres no way a bullfrog is going home with a guy like that. So we lifted it out of the cage and had it wander around while we played. 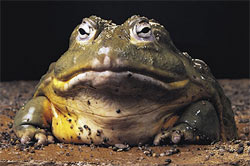 We decided to Up the Ante so we moved the table several feet away into the Wasp Hut and played all our hands under a wasp nest the size of a basketball. A bunch more hands got played there and the mean guy lost all his chips and started getting really rowdy and out of control. He kept trying to wrestle and get rough and tough with the other guys. eventually someone ran up behind him with a pillowcase and put it over his face and tied him up with something. It was all starting to get way too intense for me and I was about to call the whole thing off when I realized the pillowcase game rage guy was pressing all kinds of buttons on his phone to do an emergency dial and then he started shouting the address of the Zoo in a weird disembodied falsetto Euro Man voice and it was messed up because he was ruining the time for everyone.

A couple minutes into cleaning up all our stuff we heard sirens getting close. I guess we didn't think the people on the phone understood him or whatever. Everyone ran off and hid, and the only things left behind were a couple chairs and silhouettes of animals waking up in the night to see what the ruckus was. As we escaped into the Bat Preserve, jumping over bushes and whatever, the huge bullfrog still at the scene was being torn to shreds by police bullets. One of the cops keeps shouting "He's Going Tits Up" during the shots going off. All the men got out OK though.