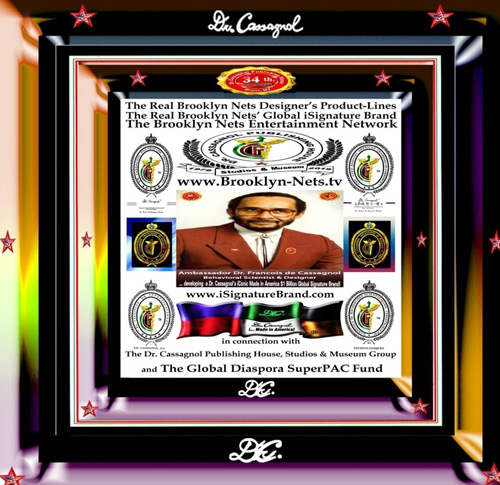 The Brooklyn Nets Entertainment Network is just one of many "$1 Billion Global iConic Signature Brands" created by "serial entrepreneur" Dr. Francois de Cassagnol. But for now Dr. Cassagnol is focusing most of his online attention on this particular intellectual property, because the "big time pirates" that run the NBA's recently relocated Brooklyn Nets franchise allegedly jacked his trademark. He's threatening the team with a $1+ billion lawsuit, and he's using this site to prove his "slam dunk" case in the "court" of public opinion! Exhibit A: Baseball caps with "Brooklyn Nets" MSPainted on them. 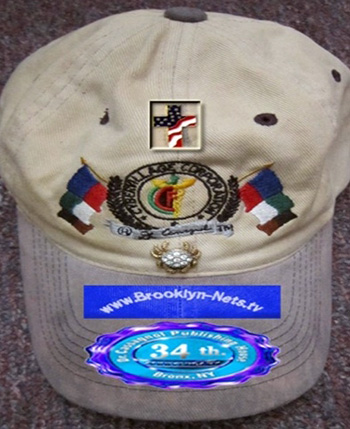 Ambassador Minister Francois de Cassagnol M.P.S. P.h.D is a man of many titles, so many that his grandiose letterhead fills up half a page. Here's his description of his numerous business ventures:

The Dr. Cassagnol Organization was founded in 1979, over 34 years ago and The Brooklyn Nets Entertainment Network was established almost 10 years ago by Ambassador Dr. Francois de Cassagnol, a Behavioral Research Scientist, a NYC Licensed Ordained Multi-Faith Minister for Life & Chief Chaplain of The Virtual Churches International, a Designer, an Author/Artist/Composer, a Serial Entrepreneur and Founder/Chairman of the Board of Directors of the Dr. Cassagnol Institute of Research, Inc., the parent corporation of The Brooklyn Nets Entertainment Network, a registered Louisiana Trademark of Ambassador Dr. Francois de Cassagnol and the sole owner of the Brooklyn Nets' Brands and no other entity has been given permission to use the Brooklyn Nets' Brands/Marks and any un-authorized use by any third party constitutes piracy and theft of Ambassador Dr. de Cassagnol's Intellectual Properties.

Dr. Cassagnol is (or was?) an "Ambassador of Goodwill," which sounds suspiciously like a made-up title given out to people in the hopes they'll go away and stop bothering you. Nevertheless, this position comes with a few perks, like co-signing important legislation with the president and hobnobbing with quite a few other politicians. Oh, and he's officially listed in the "International Who's Who of Intellectuals," which probably explains why you were thinking "hey, that name sounds familiar!"

Anyway, he's mad about the Brooklyn Nets, so he's been putting up every strange, rambling legal threat he's sent to the Nets' owners and various public officials. Here's an excerpt from one of them:

...it's apparently clear that we can amicably calculate the damages that you've caused us by preventing your people's use of the "B" in your new logo because the letter "B" is fully known as Bitches, Drug Dealing and other extremely negative connotations classified under prostitution and other negativeness which did nothing more than defaming my Brooklyn Nets' Marks and Global Brands [...] it seems to be crystal clear that you guys seem to be on another planet...

If you don't have time to read all the legal mumbo-jumbo, just listen to a preview of track eight ("The Real Brooklyn Nets Global Brand's Musikal Collection!, Pt. 2") of his music CD. Basically, the Brooklyn Nets owners are "big time gangsters" who want to make Dr. Cassagnol their servant and slave. Be sure to listen to the other tracks too, half of which are just him reciting the accomplishments of President "O'Bam" over what sounds like three radios tuned to different stations. Now that's what I call musik!