Carl Everett, a major-league lunatic who's no longer playing baseball in the bigs, once said "The Bible never says anything about dinosaurs. You can't say there were dinosaurs when you never saw them." Phillip O'Donnell, the man behind Living Dinosaurs, completely disagrees with Everett's views, yet he somehow manages to be equally insane. He claims to support the "Biblical view that man and dinosaurs have lived together and may still live," providing such "hard evidence" as a Russian statue of a dragon and a drawing that looks like an anthropomorphic question mark. (Surprisingly, no fuzzy screen captures from Jurassic Park made the cut.) Even assuming these crude illustrations actually depict dinosaurs, which requires exactly the outrageous surplus of faith O'Donnell apparently possess, it's amazing that he believes they serve as infallible historical documents whereas sculptures of, say, Greek gods and mythological figures were just fanciful artworks.

O'Donnell rebuts prominent Evolutionist theories such as "aliens hunted dinosaurs to extinction" as well as this "familiar saying": "Dinosaurs went extinct millions of years ago before man appeared." Perhaps he perceives this to be a socially ubiquitous phrase because he's constantly taunted with it by people amused at his batshit beliefs. He also includes a blurb about his book Dinosaurs: Dead Or Alive, which pursues this bafflingly illogical path: "If dinosaurs and man lived together, then Noah took them on the Ark. If they got off the Ark, then why don't we see them today? The answer might seem strange, but it is highly possible that not all dinosaurs went extinct." Yeah, that answer does seem pretty fucking strange. Maybe they really did cease to exist, like 99.99 percent of their boat-trip buddies. O'Donnell unwittingly makes a cogent argument against a Darwinian tenet: The fact that ugly crackpot Web sites like this one will outlast many superior Internet destinations, not to mention nearly all currently known species, calls the "survival of the fittest" into question. 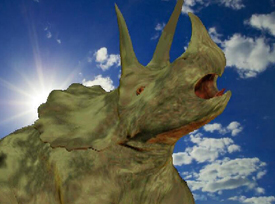 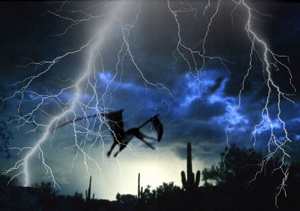