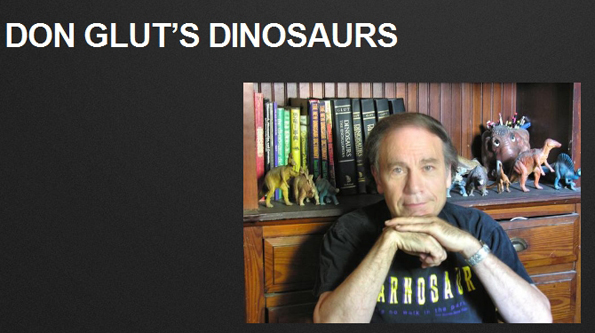 Today's ALOD is some fucking bizarre shit. It's got dinosaurs, scantily clad ladies, the word "dong" in the URL -- and absolutely no nudity or weird fetish stuff. Don Glut is apparently just some dude who really likes dinosaurs and hot babes in schoolgirl outfits, which sounds to me like he's frozen at age 14. But that's okay, because as with actual 14-year-olds, just the sight of a mostly nude woman is enough for him. She doesn't have to be the size of the Empire State Building or look like Tails or anything like that, either. It's just regular boobs 'n stegosauri for Don F. Glut. Maybe I'm jaded (I'm definitely jaded), but a dude who chooses to spend the money he made from writing DuckTales and He-Man episodes on hiring bikini models to pose with his dinosaur toy collection is okay in my book nowadays. 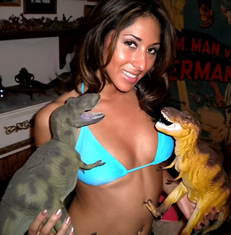 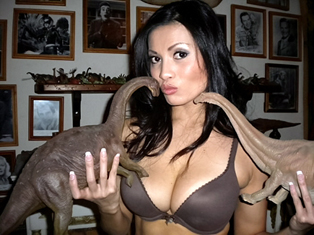 The site is still goofily absurd and poorly designed, and Don Glut really needs to cut back on the quotation marks. But it's so charming, so delightfully puerile, I almost don't want to call it awful. It's quaint, like a little cottage in the woods where a buxom woman cooks you dinner (and playfully holds plastic dinosaurs in front of her skimpy apron). 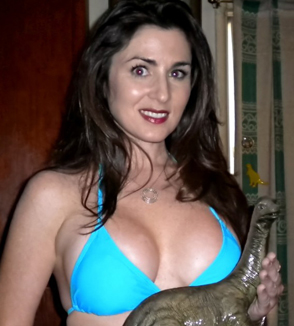 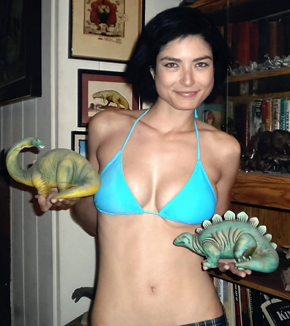 Goddammit I'm so glad this site didn't make me look at a triceratops head stuck in someone's vagina.

p.s. from submitter WrecklessSandwich: "Don Glut even made a movie called Dinosaur Valley Girls. Not rated.