If you're a regular reader of the site, I'm sure you've often pondered the state of the art world today. Well, I have some great news. After a long, unfortunate spell of "post-modernitis," the art world has finally gone back to basics with the work of Michael Godard, who is, apparently, "the #1 best selling artist in the United States." Long has America been forced to deal with so-called artists who use frustratingly abstract forms to comb for meaning in the industrialized world. No longer! Instead of obtusely reminding us of our miserable lives, Godard's art allows us to escape. Who in America hasn't stared deep into a nearly empty martini glass, wishing the olives would come to life and run amok? This is just one of the wonders that await you in Godard's fantastical realm! 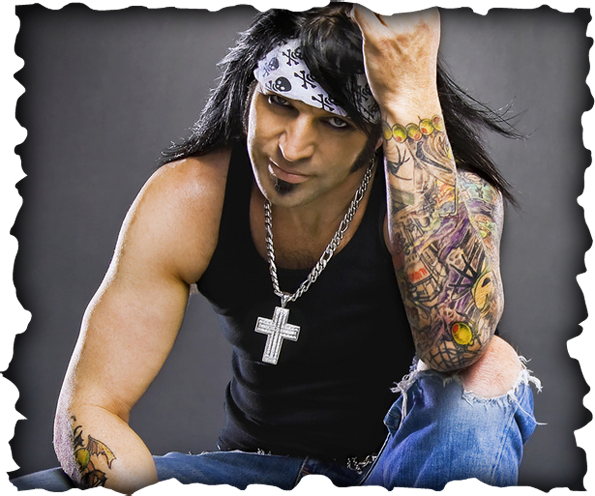 And what more appropriate venue could a truly contemporary artist use to find exposure than the greatest modern example of mass communication - the television! That's right, Mr. Godard has appeared on a number of TV shows, including an HBO reality series about Nevada prostitutes and a program starring Godard's magic-practicing doppelganger, Criss Angel. But I am not an art critic. My words cannot describe the majesty contained in his art. You must explore his gallery for yourself, and in finding the meaning of these paintings, you may find your own as well. 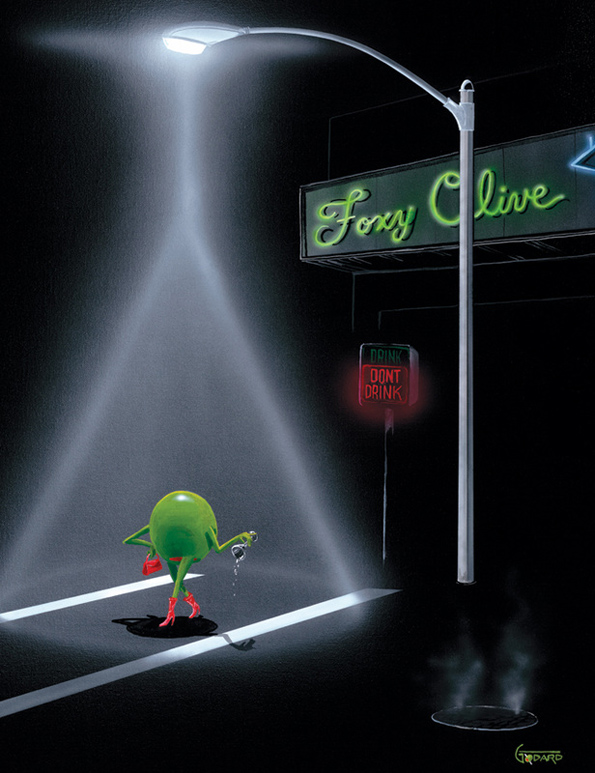 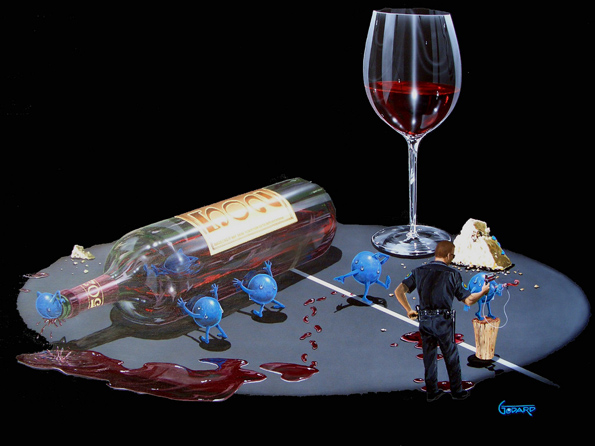 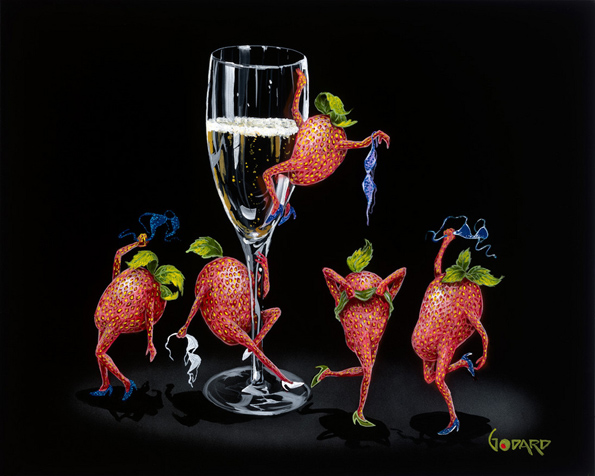