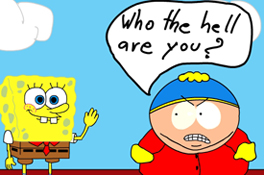 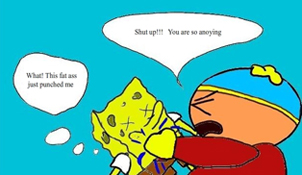 Have you ever wanted to see Cartman clash with SpongeBob? No, of course you haven't. You realize the dire consequences that would inevitably result if their universes collided. But the creator of The Parody Network doesn't share your concern for cosmic repercussions. He pits these combustible characters against each other in a Flash flight, then he callously lets visitors switch their facial features after the battle leaves them dismembered. There are "no rules" in the site's Crossovers section, so you might see a nippleless breast when you're wardrobe-swapping Morrigan with Lois Griffin, or a Ken-doll bulge when you're going from Goku to Green Lantern. Anything goes!

A site named The Parody Network obviously traffics in humorous caricatures of "celebrities, TV shows, movies, brands and political," so you get animated mockery of Chris Brown, and -- well, that's all for now, other than a brutal skewering of those flabby personal trainers at L.A. Fitness (I guess that fits under "brand.") Basically, the guy just needs more submissions, so if you e-mail him with the subject "Animate Me," he can immortalize you just like Megan Fox and Batman. He might subject you to one of his trenchant parodies, but that's the price of Internet fame! 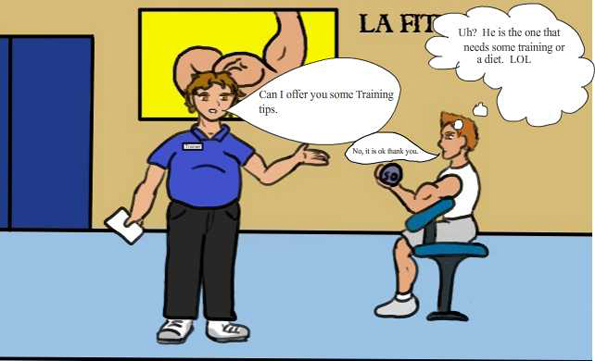