It started innocently enough, I guess. Possibly developmentally disabled man child "Tay Zonday" decided to upload a video of himself singing a terrible song by the name of "Chocolate Rain". Apparently it's about racism and stuff, but then again so was Roots and I'll be damned if I'm watching Levar Burton if he's not fixing warp coils or telling me about books I should read. 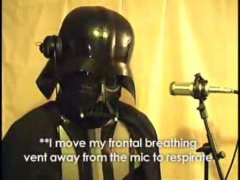 Ha! Ha! Get it? Just like in the original! Impressive. Most Impressive.

Unlike Tay, who at least seems to know he's only about one rung higher on the comedy totem pole than "that guy from Police Academy who made the wacky sound effects with his mouth", the comedy masterminds over at 4chan took the ball and ran with it. More aptly, they took the steaming pile of shit and ran it straight over to the "Steaming Pile of Shit Cloning Factory". What hath God wrought.

The results range from the "slightly cool, but still based on a retarded fucking concept so congrats on gold-plating a turd" like this:

"StolenPork is a homosexual that better quit hitting on me, I don't play on that team you gay...."
-lope0928

"First, not all blacks are "niggers". But since you want to play that game, how about I stereotype all whites into rednecks who fuck their own sisters and live in trailer parks? I would learn something myself before attempting to correct others, asshole."
-neonevangelion666