Monday, Jul 19, 2004 by Ryan "OMGWTFBBQ" Adams
Sometimes, our parents do crazy things. And what should you do if you ever catch your parents doing weird things? Remember them and then post stories about the wacky things they did when you get older. This time, we've got a nice story from forum Goon RoboCunt detailing how her father used to keep kids from doing foolishly dangerous stuff. By shocking the living bejesus out of them.

So here is a crazy dad story: Stardate, Christmas 1972.

Where I grew up, an occasional wintertime activity was "hopping cars". The back roads would be covered in compacted and polished snow and become very slick.. just like ice. Kids would stand by the side of the road and wait for a car to drive by. When it did, the kids would hurl themselves at the back bumper and hold tight. If they did it right they would be pulled along in a squatting position, hanging onto the bumper and sliding on the soles of their feet. It was dangerous, and it was something that my siblings and I were forbidden to try. Actually, most kids never tried it, only a few would do it consistently year after year.

Anyway, my dad was an ex-cop and still had the authoritarian attitude that he still must enforce laws and proper behavior even if it wasn't his job anymore. When he saw kids and teens hopping cars he would get angry and yell at them. They pretended to listen to him, but would be back hopping cars as soon as he left. This would vex my father terribly. He became obsessed with controlling their behavior.

Then he got an idea! An awful idea! My dad got a wonderful, awful idea! 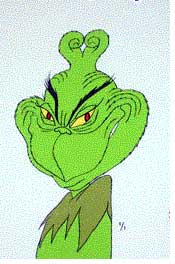