The Johnstons Just Blipsed Up in Your Media, Bitches! 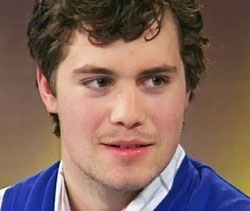 Look at this handsome devil. That's right, it's me. I got towels if you ladies need to dry off your cooches.Yeah-uh-yeah!

What is up my little niggers and niggeresses!!? In case you missed about every TV channel 24/7 because you were chomping on little baby dog dicks, guess who was the buzz? This debbonaired motherfucker right here.

The Johnston clan is back together, with Sherry and Mercede teamed up behind me to take our message to the media. We were out there presenting a uniting front. Sherry called it a "Media Blips." I called it Mt. St. Johnston erupting with some justice lava. You know, get our story out there. Tell it like it is. That's the only way I know how to tell it.

I wasn't too sure at first, but after this week I think that a) it was fun as fuck and b) it owned some bitches and c) how you like me now, Bristol? You see me all rosey cheeked in my good sweater and my new Gap shirt on Tyra? Did you hear that splashing sound? That was thirty hundred million hot cougars panties getting wet all at once when they saw my new haircut.

I got so many fan letters you wouldn't even believe it. Emails about tying me up and doing crazy shit I haven't even heard of before. What the fuck is a missionary posession and what the shit is a day bed? Emails from bitches in China wanted my jock so hard they were trying to get me into some business deal about manufacturing lids for dog food bins or something. I told them no but the next time they were in Alaska to look me up because I am single as fuck.

Yo, so first, if you all ain't seen it I went on yube and put in "Levi Johnston Tyro Banks" and it brought up my video. So here is my interview on that shit.

As you can see I was lactonic as fuck. Did you see that shit where I was dropping headlines like I was making it rain (headlines)? Tyra Banks was all interviewing me and shit asking the hard questions like "Really?" and "Really?" and "Are you sure?" and "Every time?" and I was like yep, yep, and then I broke down and dropped some news up in that motherfucker. Boom. 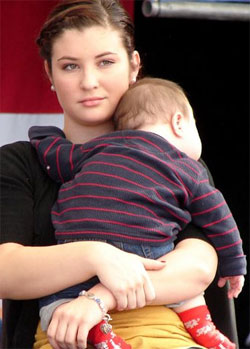 Bristol could have avoided all this shit just by not hoarding the one kid we got that ain't messed up as hell.New York Times called me for quotes I was like, "Yo, smoke 'em if ya got 'em!" And the dude was like "Pertaming to what?" and I was like "Whatever you smoke DICKS" and I hung up on the New York Times! Then the phone rang again and I was all "What the fuck I told you smoke a dick, dude" but it was John McClain from the President shit back last year. He was all talking in that quivery old man voice of his about how he is with me 100% and Mrs. Palin is a huge c-word and a trawlp.

Dunno what the fuck that is but the old dude is senile as SHIT. I was like "yo what is your email" and he was giving me his phone number and then asked me if a blackberry had email and I was like what the fuck old zombie dude all I know is yahoo has got it so whatever. Get a fucking yahoo for once or some google. Jesus.

So I was on Tyro and she was not even that hot in person. They were all like "she is a model" but when I saw her up close I was like "what, model airplane looks like they put on brown testers with an airbrush" She smells funny too. Like the inside of a new boot for ladies. I mean honestly she is rich so I wouldn't turn her down if she wants to buy me some wings and give me a BJ, but I would rather hook up with Dawna Jeffortson from Wasilla High.

After that I sold some pictures ot Star magazine of me holding fucking Tripp during one of my visits to Mrs. Palin's house where everybody acts like Hitler of the Nazis. They said I could be alone in the room but I had to be on their webcam hooked up to their computer all the times.