Jailbrekr
"If you are cutting up habanero peppers, wash your hands before you go pee. It is not a pleasant nor short feeling."

Moggitty
"I once gave myself a pretty nasty burn on my leg because I was holding a freshly made scalding hot drink and let go of it to grab the mouse because 'Your base is under attack.'"

Bob The Ripper
"I once pissed in a urinal and went to flush it by pushing the handle with my foot. As I pushed with my leg in the air, I slipped on some piss and my leg went out from under me and I hit my head on the floor. It was winter time and I had my hands in my pockets, too."

Droxis
"When I was 17 or so I impaled my hand with one of those overpriced gaudy-ass fantasy blades you buy at one of those stores with the array of knives, Airsoft guns, and other nerdy but "it's not nerdy this is serious stuff" crap.

I was talking to someone on the phone a little before midnight and made a spastic motion, flinging my arm up and out to ram my hand into the mounted dagger. Stuck the thing through my index and middle knuckle. Struck an artery, apparently, which had me trying to stop the bleeding while calling my Mom to give me a ride because "I stabbed myself and can't stop the bleeding." The bleeding eventually stopped, using a little gravity to my advantage, but the bathroom looked like a pig was slaughtered.

I got to sit around for a couple of hours until a twenty-something doc sewed me up. While cleaning my wound with a water jet, he said "Hey, check this out" and forced some water from one hole out the other while giggling." 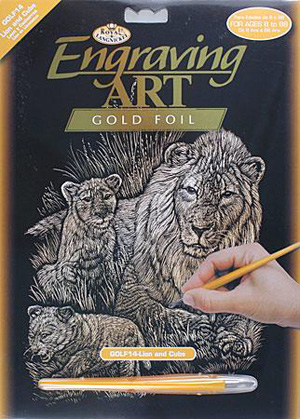 You get like a black board with guidelines that you scratch off with the tool that's included, and you make a pretty picture. The tool for the one I got was in two separate parts, the plastic handle and the metal 'blade.' I decided I wanted to try it out right then and there, but I couldn't attach the blade to the handle with my hands becaise the fit was too tight. So in my wisdom I decided to put a few folds in my dressing gown, and press the blade and handle against my leg to try to force them together. What I didn't count on was the blade cutting clean through my dressing gown, my pyjamas and into my leg.

I stabbed myself with a Christmas present and fainted from the shock.

Super Space Jam 64
"I got a large piece of mechanical pencil graphite stuck fairly deeply under my fingernail. It swelled up and turned purple and would occasionally bleed when I typed on a keyboard or used a pencil. My school's library banned me from using their computers because of the blood