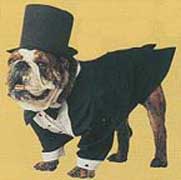 WOAH, this is like TOTALLY EXTREME TO THE RADICAL MAXX!!

Ok, rock and rollaaaazz!! Today is the completely unofficial and blatant display of rebellion ULTIMATE ENERGY DRINK CHALLENGE! It is SO EXTREEEME and so totally OUT OF CONTROL that I might not even make it through to the other side to write about it because I will be snowboarding out of an airplane after drinking an entire gallon on antifreeze while spanking my own naked ass with a drunken marmot!

I am warning you, if you don't like hair-raising, death-defying feats of hot imbibing action, don't read any further! I can not be held responsible for the trail of misery and wasted lives that I leave in my wake as I embark on the most off-the-wall, completely INSANE taste test ever. Maybe I'll be heretofore known as The Beverage Guy for writing about drinks so goddamn much, but I feel that this review has to be done! Too many parachuting skateboarders with no arms are buying the lesser-tasting, not nearly as extreme energy drink.

These things come in all shapes and sizes, usually costing between two and three dollars for an eight-ounce can. That's kind of expensive when you can get a six-pack of Mountain Dew for three dollars and have that same caffeine rush you are looking for. If you are lucky, the Mountain Dew will not taste like stagnant water that has been dumped off of a galvanized steel drum lid from a nuclear waste barrel. But don't hold your breath. Actually, no, see how long you can hold it. Report back to me with the results. 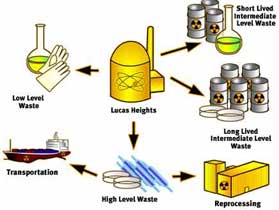 Man, I remember when beck in the day the most extreme you could get with your beverage choice was Jolt cola which supposedly contained four times the caffeine as regular colas and which tasted rather like denture paste that had been used and reused by an 86-year old man with terrible oral hygiene. It did the trick though, and it was cheap. It also didn't claim to have mystical healing properties thanks to some crazy chemical that doesn't exist or that is actually water or extra carbonation or bug spray.

I suppose that I understand, at least on a basic level, the urge to be hip and cool and fit in with your friends,but do your friends really like the taste of ass-fruit and chemically terror? I don't think they do. This trend is about on the same level as those advertising caps to put on your ears to make you like an elf. Why would you want those dumb caps unless you are a fag?

All energy drinks are rated on a scale of -1 to -10 with -10 being the most terrible drink EVER, man, to the vomitous EXTREEEEEME.

Summation: OH MY GOD MY TEETH OH NO

What the hell is wrong with these people? They make good specialty sodas but they should have stopped there. This drink makes my mouth hurt it is so sweet. It's also a shade of fluorescent yellow that human beings were never meant to ingest. The... can is pretty, but that's about the only good thing I can think of to say. The suggested daily "dosage" is two to three cans per day, like this is some sort of medicinal drink or something. Doctor, quick! Give him two cans of a highly caffeinated beverage and perhaps one with a bunch of made-up chemical shit in it, STAT! I have no idea how anyone would ever be able to tolerate that much of this stuff, but I am looking forward to seeing whether it has "enhanced" my "performance" but I have to wait until I "take a dump" and "closely examine my fecal matter with my fingers and perhaps a spoon" to tell whether or not it had any effect. 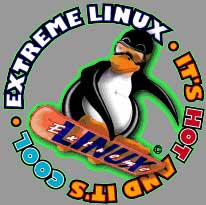 Shit bitch, that is EXTREME.

As if Mountain Dew by itself weren't asstastic enough, now they made an energy drink. It tastes awful. I can't even describe how bad it is. Compared to the misery of Jones Energy Drink it is a walk in a very pleasant park with cats under each tree. It instructs me to "Turn up my energy with AMP" but it instead makes me want to turn up the device that controls how loud the Billy Joel music gets. Eventually my ears begin to bleed and I forget that I have ingested this horror. I do think that it is funny that one of this product's main claims is that it "contains maltodextrin, a complex carbohydrate" which is fine because maltodextrin is in fact a good source of energy and is very unlikely as a carb to turn into fat. What they didn't mention is that tons of other products, even common garden variety Nutrasweet, has maltodextrin in it. You don't have to pay 3 bucks for a disgusting garbage drink to get it. Nice try, Mountain Dew fags, stupid faggy fag faggots. For an additional laugh, their website is broken. Dumb fags. Their website is too extreme to actually exist.