Monday, Mar 10, 2003 by Rich "Lowtax" Kyanka (@TwitterHasBannedAllMyAccountsEver)
Everybody likes video games! Hell, if the people on the SA Forums didn't like video games so much, there wouldn't have been roughly 50,000 different Comedy Goldmines and Photoshop Phridays dedicated to them! And hey, guess what? Today we're serving up yet another video game related Photoshop thread, this time dedicated to "First Person Shooters Which Didn't Make the Cut." Naturally, most of these games aren't even FPS games, but that's okay because at least they aren't pictures of cats, which seemed to turn you guys into a raving mass of lunatics hellbent on destroying me last week. Haw haw, poor widdle babies don't like the kitties? Awwwww! Let's get this party started, yo.

BigGooey started off the thread with not a bang, but more of a whimper. 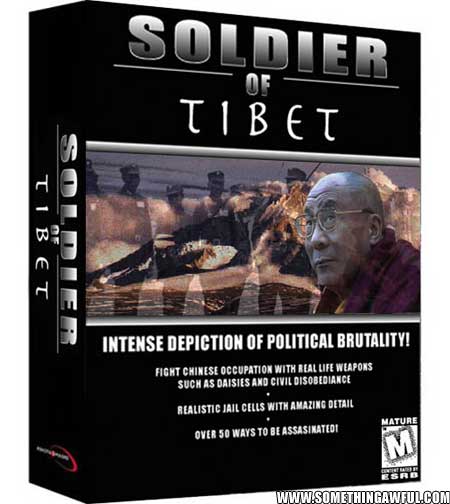 Akain quickly moved the topic into tasteless territory. Are we allowed to make jokes about Columbine yet? I didn't think so 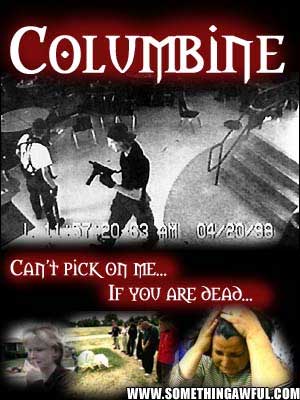 Argyle knows where the big money is. 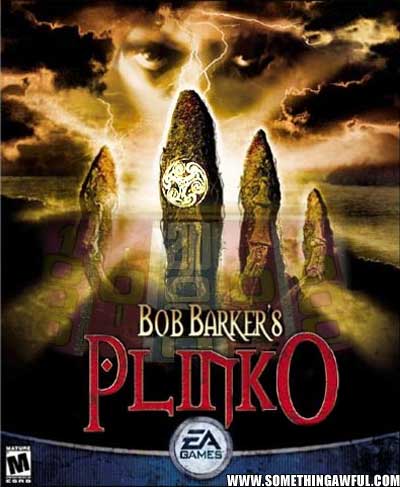