Monday, Feb 10, 2003 by Rich "Lowtax" Kyanka (@TwitterHasBannedAllMyAccountsEver)
It's no clue that a war between America and Iraq is pretty much a done deal. We've been itching to drop bombs on their sand castles for about a decade now, although the urge subsided when Clinton was in office, as he was more concerned with (INSERT TYPICAL CONSERVATIVE "JOKE" HERE). With the repeated acceptance and rebuttal of UN Weapons Inspectors, the US has grown increasingly intolerant with Iraq's dastardly "bait and switch" scheme. Unfortunately, America really hasn't been able to present conclusive proof to the UN that we should start flying over and tossing out bombs like party favors... that is, until the SA Forum Goons found a truckload of evidence that evaded every impotent, unqualified CIA agent! Oddly enough, most of this proof seems to infer that Iraq really enjoys PC gaming. A lot.

billgx proves that Saddam is one of the most evil, vile, disgusting creatures with a non-fake nose on the face of this Earth. I hope that crumb bum moonwalks into a minefield! 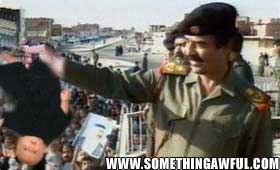 Blue's Clues would like to play a game with you. Only Matthew Broderick can save us! 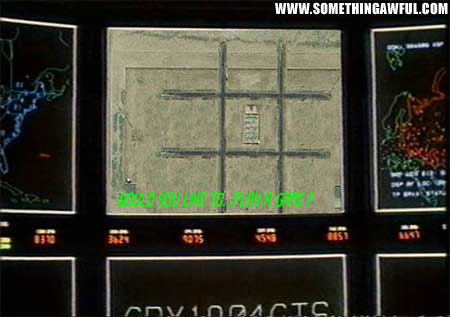 Egon Spengler reveals that Iraq is guarding their oil for a damn good reason - it killed that one lesbian security lady from "Star Trek"! 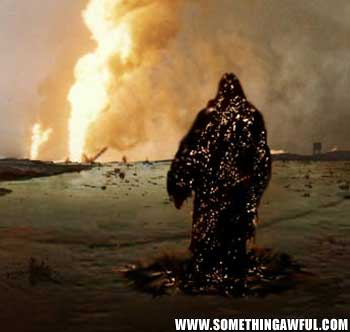 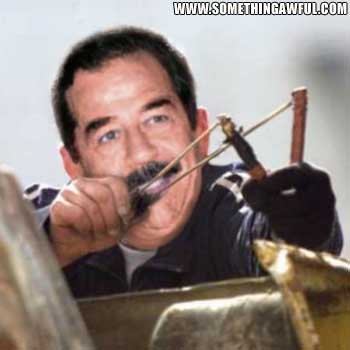