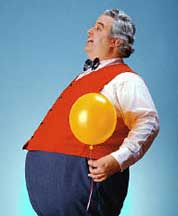 Nazar's Dad:"No good deed goes unpunished."The Human Crouton's Mom: "I think it was that lemonade you drank that's been making you cough all week."

fsck's Mom: "I'm so happy that the two of you are getting married. I knew from the moment she brought you home that you would end up together... but I had my doubts for a while because I thought you were gay."

jAWN's Dad: "Jon, remember, penetration is the most important part."

machinegirl's Mom: "If you're going to do drugs, make sure they're good ones."

Jumbo Cactuar's Dad: "Be careful. The big thing that gay guys do at the moment is to slip a drug into a guys drink... then take him home. You don't want a big black guy putting his cock in your ass do you?"

yaffle's Mom: "Don't forget to wear a condom and remember what I told you about the clitoris."

AtomBomb's Dad: "I've only seen a picture of a naked woman once, and I'm ashamed of it."

Graves' Dad: "You should probly start learning how to live on your own soon because I don't know how long i'm going to be around and I don't think your mother likes you very much." Jimix's Mom: "Eh, do what you want, as long as you are happy and I don't have to pay for it." 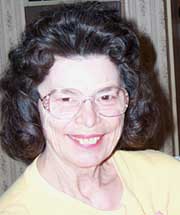 The Bitch's Mom:"For god's sake, sleep with a man before you marry him."

Squeeze Truck's Dad: "How can you stand it when that gay hairdresser touches your head? Can you imagine what he must be thinking?"

JumpinJackFlash's Dad: "Keep your tools in your toolbox or I'll beat the shit out of you."

Ruckmaker's Dad: "Son, one day when you are old enough to order a real daiquiri don't. People will think you are a queer."

vmalloc's Dad: "I think you're easily influenced by shit."

Psychogirl's Mom: "Wear lipstick and mascara at least, or everyone will think you are a triangle!"

Cuerzo's Dad: "I prefer you be dead than smoking pot."

chairdoctor's Dad: "I'd rather you smoke pot than cigarettes. At least you'd get something out of it."

Ganryu's Mom: "You're going to be pretty sad when your brother and sister and I are living in a mansion in heaven and you're burning in hell."

Rannic's Dad: "Son, you're in college now. You'll probably be doing lots of things that your mother and I don't want to hear about. So keep your goddamned mouth shut."