Who Has Kirby Been Eating?

Now that everyone in the modern world has a Nintendo Wii, the entire planet is looking forward to the new Super Smash Brothers game, due to be release later this year. One of the characters included in the game is Kirby, who featuers special moves such as "never having starred in a good game" and "being yet another childish gaming mascot that should have died in 1998". However, his biggest special ability involves the act of swallowing his enemies, and adopting their looks, not to mention their fighting style. It's pretty clear that Super Smash Brothers is a gritty, lifelike title that is grounded in reality. With no turkey on the menu for another 10 months, the SA forum goons get bored around this time of year. That's why they decided to draw some "what if" scenarios, involving Kirby and how he would appear if he happened to eat a whole host of familiar faces. Stop trying to derive any more enjoyment from the shallowness of Wii Sports and take a look at what the goons came up with.

The first effort comes from cAtf00d, who came up with the idea behind this article as a way to raise awareness about his favorite underground TV show starring a family who put the 'fun' in 'dysfunctional'! 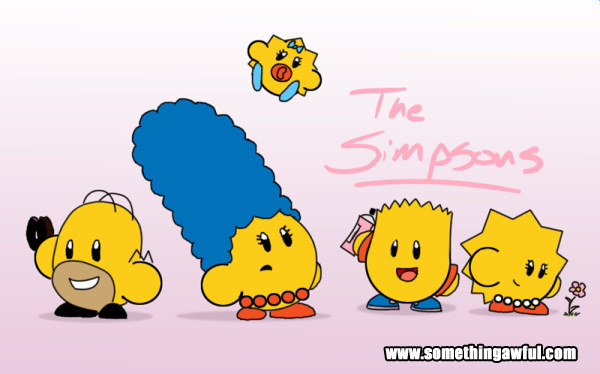 I don't want to live in a world where someone called aA isn't the first person in a list that is mostly grouped by alphabetical order. Enjoy his Psychonauts inspired picture anyway. 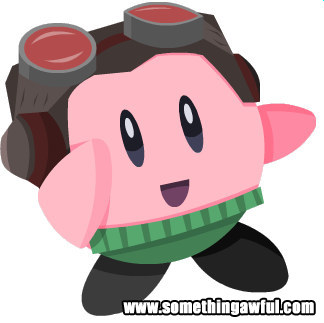 Blood fart clearly didn't get the idea behind this week's article, because this is quite obviously a picture of Mario, not Kirby. 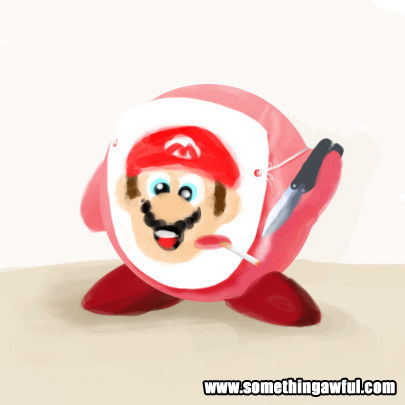 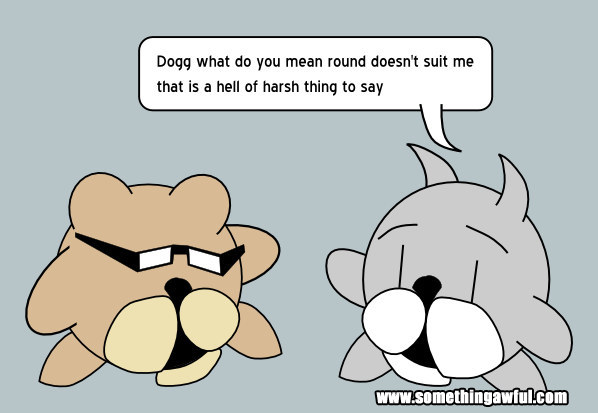