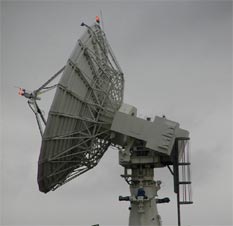 The future is full of lies.My girlfriend and I recently had Direct TV installed in our apartment and I have determined the primary difference between satellite TV and cable is that satellite TV has a lot more channels devoted to telling you that there's nothing on the channel. For example, when we had cable it went up to about channel 105, and other than maybe five or six channels they all had programming. Direct TV enlarged our channel selection by about 20 channels and about 10 of those are retarded interactive shopping channels that only half-insane shut-ins would ever buy anything from. "Borders Interactive" allows you to clumsily plod your way through about ten different best sellers and order them through your TV. Watch out Internet, Direct TV's Interactive Shopping Channel has some ceramic dolphins and wooden jewelry hutches it would like to talk to you about. Despite this the satellite receiver goes up to channel 800 or something, and the channels you can actually watch are almost randomly interspersed throughout the dial. Oh, you want to watch CNN? Channel 202. You want to watch HBO? Channel 380.

You would assume that all these useless channels would be automatically skipped when you're switching with the remote, but no, instead they're the TV equivalent of a shareware nag screen. They all have "press guide for purchase info" over a black background. No thanks, I'll have to pass on the 65 channels of ESPN you offer! Oh, and if you're really hard up for entertainment you can rock out to one of the roughly 300 digital music channels and watch the awesome TV screen saver kick in. FANTASTIC! 24 SOLID HOURS OF RANDOM CHRISTIAN CONTEMPORARY SONGS, DIRECT TV YOU ARE A DREAM GIVEN FORM! Unless you like to sit on your couch and imagine what music looks like or your house is actually a giant car this is one of the stupidest services I've ever seen.

What I'm getting at through my whiney rant about a service that is actually pretty good is that there is still a lot of room for new TV channels out there. One of the more recent additions to the dial is a women's network called The Oxygen Network which I think is somehow associated with white black woman Oprah Winfrey and her clacking hordes of house frau crab women. It's not really up my alley, but my interest in the channel has been sparked by the recent addition of programming directly targeted for cats.

"Meow TV," developed by the Meow Mix Co., debuts Friday at 6:30 p.m. on the Oxygen Network. It's the first show targeted at cats. Not cat lovers. Cats. 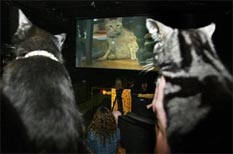 This is a wonderful idea.I'm going to have to go ahead and agree with the disbelief of the esteemed AP journalist here and comment that the "Meow TV" show is being developed for cats. Not cat lovers. Cats.

Upon learning of this daring move on the part of The Oxygen Network my fragile mind raced through a similar thought process as it would as a troubled marriage dissolves around a child. The disbelief was replaced with outrage and anger which in turn became denial that there was actually going to be a show for cats. The last step was acceptance, and I think I have Direct TV to owe for that. Thanks to the empty nagging channels of Direct TV I didn't just accept Meow TV into my heart like a trusted friend, I embraced it with all of my passion and feminine wiles. There are 400 channels on Direct TV ripe to be filled up with Cat TV, Dog TV, Alternative Hippy Pet TV, and any other pet TV that might enjoy the warming glow of a cathode tube.

To help the inevitable rise of animal-targeted TV I have put together a précis - which I believe is an underground homosexual bondage scene term for "summary" - of potential channels for this exciting new genre. Much as I have many times in the past, I expect powerful TV executives and advertisers to be reading my column and hanging on my every word.

The pioneer of it all, Meow TV will be the first 24-hour animal targeted cable channel. It will feature eight hours per day of original cat-oriented programming along with a number of episodes of syndicated shows that might be appealing to cats.

Gravity - Gravity is awesome! This hip show designed to appeal to younger cats will feature attractive cats between 6 months and a year of age making things fall. From refrigerator magnets to priceless Faberge eggs, to family photographs these cats will knock it all down!

Look at that Shit - Wacky host Mr. Sprinkles narrates each exciting episode of "Look at that Shit", the fast-paced object suspended by a string show. Each half-hour episode will feature three unique and totally intense objects attached to strings that jerk and swing back and forth on the TV. 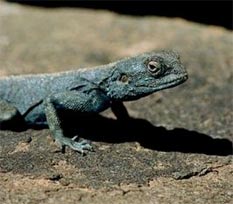 Yeah, well, that's just like your opinion man.Lazy reptiles are the next major pet demographic that programmers feel are underrepresented on television. Most dopey lizards have weak hearts so Dopey Lizardsolodeon will place the emphasis on the low-key entertainment that lizards love best.

Insect Gonna Crawl On Face - Is that bug gonna crawl on face? Who knows, you ain't moving if it is, that's for damn sure! Watch through heavy-lidded eyes as bugs slowly walk on sticks, leaves, and even other lizards.

Why is Rock Hot? - Lazy Lizard philosopher Dr. Spock asks the ultimate question; "why is rock hot?" Normally hot sun make rock hot, but rock is hot in dark! Why is rock hot?

Turtle Fats - Oh ho ho friends! Turtle fats are back. They swim so fast, so stupid! If they swim around so much how come they are so fat? Because turtles eat everything since they so stupid! Look at them go.

Time to Freak Out! - SOMETHING JUST MOVED ON OTHER SIDE OF GLASS. IT'S TIME TO RUN AROUND ALL CRAZY AND CRAWL UP SHIT AND TRY AND ESCAPE! MY HEAAAAAAAAAAAAAAAAART…

HBC is the premiere outlet for equestrians and offers programming that caters to their particular needs. From Raygun's Shining Hope and Joy's "Alfalfa Cube Hour" to Potluck's Trophy Wife's "Best Fence Locations to Kick" Horse Broadcasting Network has what your horse wants!

Fuck Humans - Seriously, what do they think they are, the kings of the universe or something? Tune in to "Fuck Humans" and see them get kicked in places that make them scream, trampled to death, or just left with debilitating spinal injuries.

Let Their Rivers Flow With Blood - John Stephenson's Pot-O-Gold hosts this show that depicts the rightful horse overthrow of human civilization. Amazing CGI will show how horses can construct armored vehicles powered by smoke-belching engines that will rain fire down upon the pathetic cities of man. The latest episode will also feature advice on what to do about a thrown horseshoe.

No to Grass, Yes to the Tortured Flesh of the Hairless Apes - Grass is good, but human meat is better. Learn about the nutritional values of various cuts of human flesh, how to trap and preserve it, and the best recipes to make your taste buds whinny. 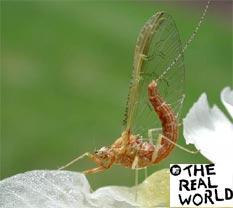 Truuueee StoryFlies alone outnumber humanity by almost 5,000 to 1, so why not tap into this vast reserve of potential consumers by offering them programming they will enjoy. NIV proposes to do just that with 16 hours per day of insect-targeted programming and late night infomercials that also address the unique needs of various parasitic and annoying insects.

This Old Bowel - Do you have a fixer-upper? Host Clllllsh of tapeworm brood Normugunt comes live to you from his host Sara with tips on redecorating and repair of your very own bowel.

A Day is the Life - Our camera crews follow a may fly for a day to find out where the hot spots are to be born, live, mate, and die in this addicting reality TV program. You never know what will happen next because this is totally unscripted and you are roughly as intelligent as a collection of carbon atoms.

Sting! - Oh we are just so mad! Always mad. Don't come near us! We don't care what you are and we lack the observational skills to tell if that's a shoe or your exposed brain, we're just going to sting and hope for the best. It's okay that we just sacrificed our short lives by tearing ourselves apart when we stung a tree branch that randomly fell into our hive. For the queen, lalalalallalalalalalalalalal!

This is just the tip of the proverbial iceberg! There are almost as many types of animals waiting for their very own TV network as there are blank channels on the Direct TV tuner. Personally I may not be a lizard, but I am really lazy and I think Dopey Lizardsolodeon sounds like the best channel of all time. Even better than the Game Show Channel!

Hello fellow rabble-rousers, it's Josh "Cattle Industry" Boruff here with the stereotypical announcement of a brand new Photoshop Phriday. We're up to our seventh edition of the Variety Pack, which spotlights various threads that circulate through the veins of the SA Forums. This week we cover two topics that usually don't get paired together: those depressing cardboard signs homeless people carry, and scary food hybrids. I suppose they do work together, since homeless people will eat anything. Am I right or am I right? Get busy and put those eyes of yours too use! Don't make me write another sentence that I won't bother to fini