Remember those crazy bachelors from that Goldmine three years ago? Well, they're still wallowing in squalor, and they're still drinking/peeing in the shower, and they're inexplicably still single - ladies? (or 'Gentlemen?', in some cases.) Please enjoy the unhygienic ingenuity of the SA Goons who post in the venerable Bachelor Thread! 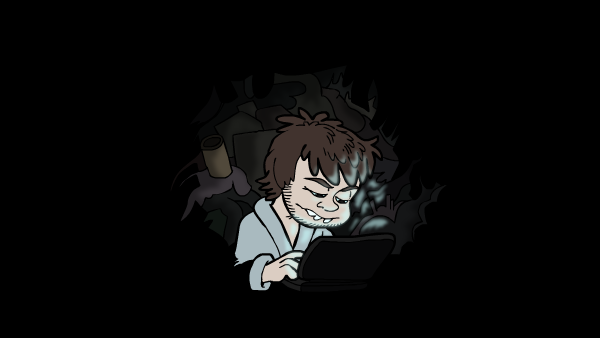 True bachelordom is about seizing the moment and enjoying the simple things in life before the lure of marriage and children comes and forcibly removes us from our infancy by giving us hitherto unprecedented responsibility.

It's a celebration of our ingenuity and man's undeterred creativity when faced with simple challenges. It's about taking the things we love and finding new ways to enjoy them. Things that would not be considered filthy, just disappointing to those that love us because they represent a part of ourselves unclaimed by onsetting maturity. Like drinking in the shower. Smoking on the toilet. Creating a peniscopter. Making a fort out of phone books and then putting a mini-fridge and a flatscreen TV in there. Indeed, the true bachelor is proud of his accomplishments, and his non-bachelor friends are jealous.

Bachelordom is not about wearing filthy clothes, shitting in used Dominos Pizza boxes with your husband whilst playing WoW. That's just being a slob, and there's absolutely no pride to be had there.

Fairly well-stated, Cart, though you lost me with the "peniscopter," and then again with the "whilst." But I'm including this manifesto as my rationale for not including the bachelor tales that are even more gross than the ones that follow!

I'm sitting in my underwear eating roast beef cold cuts out of the package and dipping the slices into horseradish.

Can't find a weird smell in your apartment? Find the general area it's coming from, turn on lamp nearby. Throw a fucking drier sheet on top of that mother fucker.

When I shower and have dishes to wash, I take them into the shower with me and a beer when I have some.

I hate doing the dishes and sometimes they pile up for weeks. Eventually they start to smell. Luckily, if you have a big freezer, you can dump your dirty dishes there and the smell goes away!

Couldn't find my deodorant this morning so I sprayed Odor Eaters spray in my armpits.

I keep my deodorant in my car in case I forget in the morning before work. Forget even then? I use some of the industrial odor absorber spray we use in the park bathrooms. Shit works like a charm. It's probably giving me cancer.

I would rather just not wear deodorant, because who cares if your job involves park bathrooms? 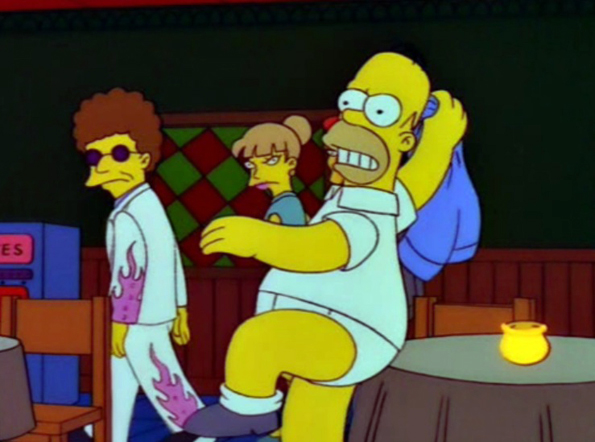 I fucking hate pants, but have to wear them because I live with people who would be upset if I didn't. They even object if I wear just a dressing gown with nothing underneath.

I moved out of my parents house a bit more than a month ago to go to college. I am enjoying the bachelor life.

Moving from the suburbs to the city I was bothered by the amount of light coming into my window at night, thankfully my apartment complex was nice enough to put a couple large cardboard boxes by the dumpster. Some tape and wrestling later I have a box where my window was and almost no light.

Being a rather portly fellow I managed to fuck up one corner of my bed right off the bat. instead of replacing the caster I just propped it up on an ammo can full of tools.

I also "invented" an acne wash. I got some mean chest acne for a while, so I mixed 4 parts antibacterial soap to about one part rubbing alcohol. It works like a goddamn dream.

Nothing else too extreme so far, but eating sardines in my underwear with the a/c maxed out and watching movies is sweet.

I was playing guitar during a thunderstorm this afternoon while smoking a cig and drinking port wine. If you are wondering how you can drink port while still playing guitar, get a bendy straw. It works wonders.

Had the week off work and spend most of it with my partner. This is the first time in a long time I've not had a project of some kind eating up my time, so she saw me as the lazy bachelor I am.

She made a sim of me on one of the newer Sims games. She made him do what I did during the day. I spent eight hours in the afternoon eating Icecream, drinking beer and watching television? So did he! I stayed awake long into the night and shot hoops? So did he! When the doorbell went or the phone rang, she made him ignore it until the people went away - just like me. Sim me ended up a miserable, stinking narcoleptic with no friends. Real me had the time of my life.