A Robot's Day Off

It's tough being a robot. You work all day, getting no respect from the meatbags that employ you, then you pick up a newspaper to read that Sony or Honda are releasing a more advanced version of you which walks in a creepy way like an old lady with a stick up her ass. That's why it's always important to make the most of your day off in the robotic world. Our own bunch of heavy, slow moving drones, the Something Awful forum goons, came to the conclusion that it's time to give recognition to the robots that we take for granted, and let our mechanical friends enjoy some much needed rest. Our talented artists captured these moments for your benefit, so get your ass into 'gear' and check out this week's Comedy Goldmine!

Our favorite guy named after a mangled lemon, bitterandtwisted, got things started with this image! 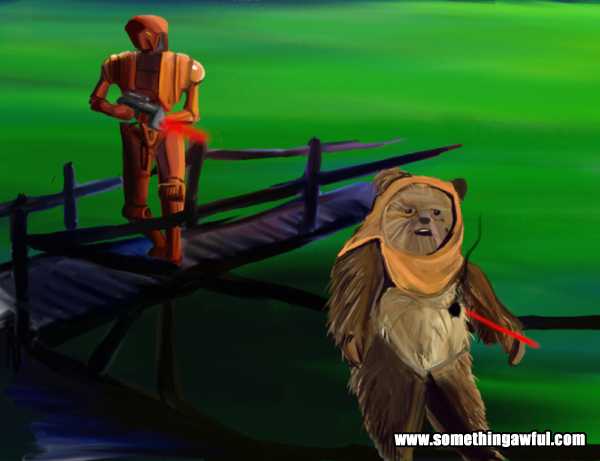 Next on the dance floor was Jimferd, who strutted his stuff, shook his booty and tore his ACL. 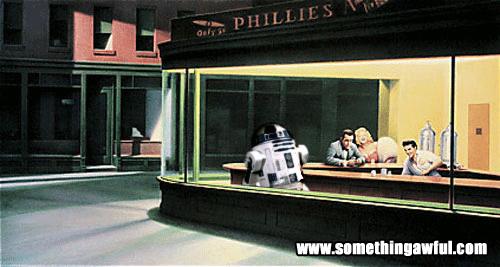 I'm sorry, Jerusalem. I realise now that it's supposed to be a robotic middle finger, but when I first saw your image I thought he was holding a phallic-shaped candle or something.

They said that Fishbot was mad when he attempted to build the world's largest taco. But who's laughing now? Not the people killed when the taco collapsed and crunchy corn shell pieces crushed everyone nearby, that's for sure. 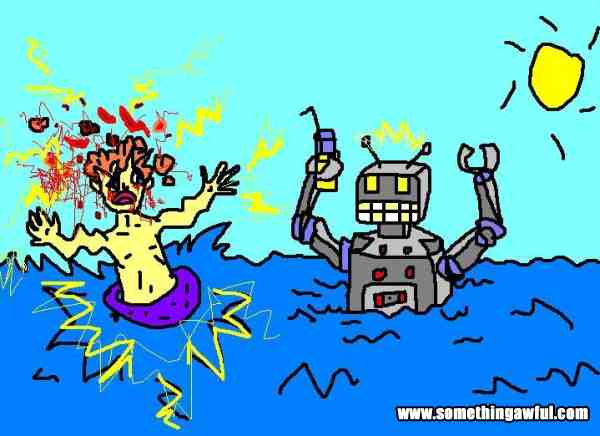