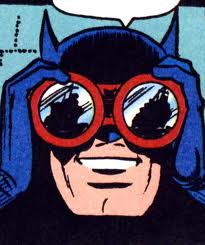 I love comic books. Whether it's something substantial like Maus, an unabashedly fun title like Madman or Milk And Cheese, or a by-the-numbers superhero book, I'm more than willing to set aside some cash and free time every week for the unique brand of escapism found in the pages of a comic.

As I get older, it becomes increasingly easy to figure out when writers attempt to shake off the ennui that sets in on a long-running series with a crossover event, the "death" of a hero, or a new costume. While some of these changes serve as entertaining distractions, they rarely have much of an impact in the long run.

What if the answer lies not in deconstruction or distraction, but in the simple improvement of established characters? As a relatively creative guy that has aspired to write for comics since middle school, I've taken a shot at doing just that.

Our in-house attorney Leonard J. Crabs has sworn on a stack of constitution-themed bikinis that I have improved the following characters to such a degree that they are now my intellectual property. Publishers, please e-mail me before using these ideas. Failure to do so could result in severe legal consequences, such as a mailbox full of flaming constitution bikinis.

Spider-Man With A Grappling Hook

Mobility is Spider-Man's bread and butter. The guy does somersaults all over the place, climbs up walls, and swings around the city with a seemingly endless supply of webbing. What could be better? A grappling hook.

You can get a grappling hook to latch onto almost any roof in three or four throws, depending on how lucky you are. As long as no one is up there to dislodge your hook, you can get to that rooftop without too many problems. Spider-Man's enemies will be quaking in their boots - in prison!

The hook also plays into the central theme of Spider-Man, the delicate balance between being a superhero and living a somewhat normal life. In each issue, Peter Parker can struggle to find time to fight crime, go to school, work, be with Mary Jane, and take proper care of his grappling hook.

Watchmen was the first superhero comic to explore the slow march of time which drives us apart and turns our youthful hopes into small, sad things that - if realized - would have been imperceptible twinkles in an unwatched sky.

According to my math, adding fifteen years to the age of each character would make the book fifteen percent better.

The Hulk is remarkably strong already. Can you imagine how powerful he'd be if he was angrier? I can. That's why I'm the creator of Angrier Hulk, and you're just sitting there crying.

Flash On A Motorcycle

A healthy man can run at a pace of around 20 miles per hour, roughly one sixth the speed of a motorcycle. If the Flash can run fast enough to travel through time, his motorcycle can travel through six times.

Robert Kirkman's engrossing series has a lot going for it, but it could be scarier. In my version, the undead don't just walk. They also hang out at indoor rock walls all day and tell anyone who will listen that grabbing large plastic nipples for hours on end while strapped into a safety line, like, totally clears their mind, you have to try it. 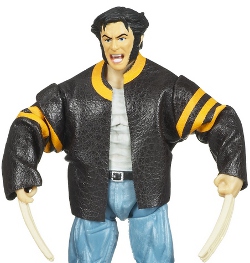 Wolverine With A Winter Coat

The bad guys thought they could take down Wolverine by luring him into the cold without climate-appropriate clothing... but they were dead wrong!

Wolverine in a winter coat changes everything. Take your preconceived notions of this gruff Canadian mutant with an Adamantium skeleton and retractable claws, put them in a shotgun, and blow your terrible head off.

Also, what he does is encourages comedy writers to become lazy and riff on a catchphrase that's already been the subject of a million lame jokes.

Tossing binoculars into the equation makes Batman an unstoppable force.

He has no super powers. His greatest weapon is his brain. Batman has gone toe to toe with the most dangerous villains in the DC universe and emerged victorious time and time again by simply planning ahead.

With a pair of binoculars, he can see a problem coming sooner, up to thirty feet sooner depending on fog conditions. This gives him more time to prepare, making the outcome of any encounter a foregone conclusion.

Superman With A Helmet

I'm not talking about some rinky-dink football helmet here. No, this is a certified badass Space Marine helmet, with a flip-down glowy visor with a targeting reticule, several vents, and an alloy shell that can easily withstand a direct hit from a coconut dropped from less than ten feet.