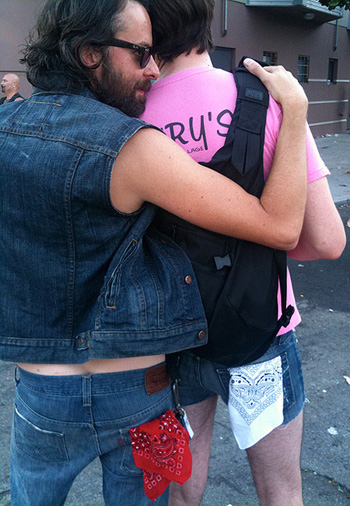 Hammerite: Must suck to get a guy home and find out he thinks his fuchsia hanky is magenta.

Is this character canon? Is Dragon Ball GT canon? Who decides what is and is not canon, anyway, and is it fact or opinion to say so? An eight-hour duel between two editors culminates in nearly one hundred assorted reverts, arguments posted in edit summaries, and both parties blocked for ignoring 3RR, which brings to mind the 30+-episode battles the series is famous for (with 5+ episodes being used to launch a single attack.)