EXPECTATIONS: It seems nigh impossible that I will not love this film. Richard Linklater's driving, near-constant dialogue clicks with me almost every time, and I am a massive sucker for schmaltz and daddy issue-movies. (When they are not brought to you by Zach Braff.) And honestly, even if I don't like it, anyone who spends twelve years building the same consistent narrative deserves a statue. On the moon.

Seriously, do you have any idea how many things can go wrong in twelve years? What if Patricia Arquette had died suddenly in 2008? What if Ethan Hawke lost a limb? What if that little kid grew up way more funny-looking than anyone had anticipated, like Rupert Grint? There would be no way around any of this. This film's very existence is a tribute to twelve years of nothing happening! Wait, when I put it that way, it doesn't sound good at all...

REALITY: Well, I was halfway right. This movie is about twelve years of not much happening. But it's a good kind of not much! It's the kind that you experience when stuff actually is happening! I mean, it's like the feeling you get that nothing has happened, when in all actuality, a lot of things are changing, but now it's put to film. Okay, that is complete gibberish. But good gibberish! 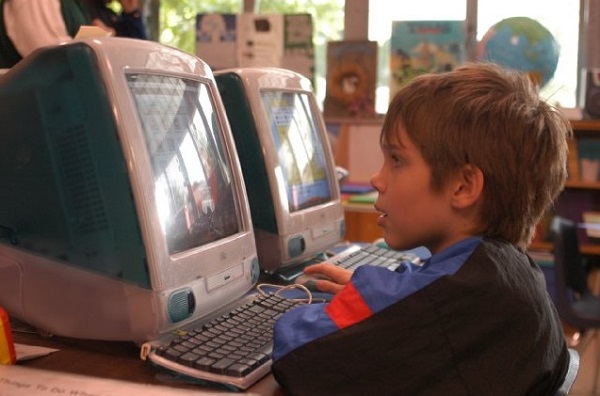 The Boy of whose Hood we speak is Mason (Ellar Coltrane), whom the film follows from age six to age 18, along with his older sister Samantha (Lorelai Linklater), and their divorced parents Olivia (Patricia Arquette) and Mason, Sr. (Ethan Hawke). As time passes, Mason has a series of relationships weave in and out of his life, is introduced to a string of stepfathers and Mom's-new-boyfriends, makes a series of increasingly poor facial hair decisions, and gets pretty good at photography. That's... that's really about it, plot-wise. Not a whole lot of major events, but a series of growth moments.

Frequently throughout the film, there are moments where you feel like something drastic and dramatic should happen here, because that's what traditional narratives have taught. You'll catch yourself thinking "Oh, this is going to be a fight scene," or "This is the part where they'll have a car crash and someone gets hurt", but Boyhood smartly never falls for its own bait. This isn't to say there's no drama or conflict in Boyhood, there's plenty; it's just more the kind of drama which is intrinsic in human growth and relationships. The plot points here are things that you post on Facebook timelines, like meeting people, getting together, breaking up, going to college.

Fortunately, the film doesn't just focus on Mason's growth as a person, but through his eyes we also see the changes and developments in those around him. Plenty of screentime is dedicated to Mason, Sr's maturation as he finds his position in his kids' lives, to Olivia's commitment to bettering the lives of herself and her family despite a poor judgement in men, or to Samantha, who hits teenage years before Mason and tries to shut herself out for a while, only to come back into her family as an adult. Each of these characters are fully realized, along with a series of peripheral characters who each fade in and out of the main story, as tends to be the case with human relationships. 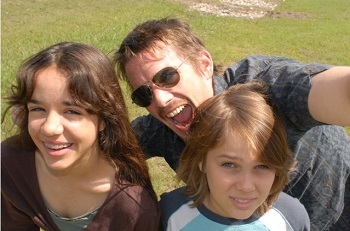 Remember when selfies were a thing? Ethan Hawke sure does.Boyhood is an odd movie to judge, because there's never been anything quite like it before. There have been a number of film series dedicated to following characters over time at different points in their lives, most notably the Up documentaries and Linklater and Hawke's own Before... trilogy, but nothing that's ever tried to do this in one fell swoop before. This, and the 12-year filming system, is incredibly interesting, because the earliest scenes of Boyhood coast on a sense of nostalgia which would seem forced if the film were shot entirely last month, but feels incredibly natural in this process. When young Mason is playing original-XBox Halo or Samantha is singing "Hit Me Baby One More Time" in that completely atonal manner in which kids sing, those were the most natural things in the world at the time of filming. The movie uses these cultural clues to tell you what year the story is in without outright declaring it. (Side note, be prepared to ask yourself "Wait, that song is how old?" several times throughout the film.)

More impressively and importantly is how the film is forced to use adaptive storytelling and how cohesive it feels, despite being written scene-by-scene, often years apart. Much of the film takes place in classrooms, which are used to deliver setups to punchlines years later. For example, the first time we meet Olivia's second husband Bill (Marco Perella), he is in a psychology class, teaching about Pavlov's dog. Ten years later, Mason is referencing Pavlovian phenomena in all but name while arguing with his girlfriend about Facebook dependency. In another scene, set circa 2003, Mason Sr. is complaining about the invasion of Iraq, and eight years later, the war is still going on and Olivia is now dating an Iraqi war veteran. These callbacks and themes seem completely natural and obvious when we view them in movie-time, but then you have to recall that when the earlier scenes were written and filmed, they had no idea what the payoff would be later, and you understand the scope and depth of this production.

This natural feel comes from a series of clever and efficient edits, though I am cautious to call Boyhood a masterwork of editing. If I have one complaint about the film, it's that at 2 hours and 45 minutes, it is incredibly long. To the film's credit, the majority flies by rather easily, and it isn't really until about the last half-hour, when Mason graduates high school, that you find yourself asking "Shouldn't this be over now? Aren't we basically done?" But that feeling does pervade nonetheless. I should note, however, that due to yet another clever and unplanned callback, the final scene is one of my favorite bits in the film, so I can't complain too much. 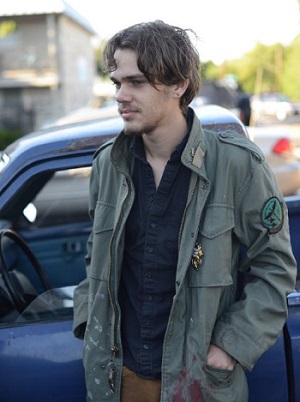 Actually, it's just another Terminator prequel.It's fitting that so much of Boyhood's development was near-improvised, as the main theme throughout is Mason and Samantha's realization that no one around them, certainly not their parents, actually has any idea what they are doing. Linklater basically has his homeboy Ethan Hawke literally spell this out for the audience towards the end of the film. It's a good and true message, one that is nearly absent from more traditional narratives and media. Because we as audiences are used to seeing films and TV shows which must set up and resolve a conflict in a span of thirty minutes to two hours, we're used to being presented with a mythical level of competency in our characters which is not achievable in real life. Despite this, we still compare ourselves and our lives to these fictions, which is perfectly natural, but leaves us setting ourselves up for disappointment. It's been said that we all think of ourselves as the protagonists in the films of our own lives, and Boyhood is a movie wherein, for a select group of people, that is essentially true. Because of this convergence of reality and fiction, plot threads are left unresolved, characters do disappear, nothing really is wrapped up in the end, and as I've said, not much actually happens. And yet everything happens.

Boyhood is a unique film which manages to capture relatable and understandable feelings, and it leaves you with a big goofy smile on your face, but as a narrative, what does it actually do? Well, it doesn't do anything. That's the beauty of it.

MINORITY REPORT: This sounds like a beautiful, tender tribute to family, nostalgia, growth and wisdom, which means it will never, ever play at a theater near me. - Libby "Gentleman Loser" Cudmore