EXPECTATIONS: I've heard Shame compared to Requiem for a Dream, and while I missed Hunger, Michael Fassbender is on my short list of actors who can disappear into a role -- so well, in fact, that I'm always hard-pressed to recount his filmography without checking IMDb. (Do you remember him in Eden Lake? I rarely do.) So, yeah, inserting Fassbender into the Requiem for a Dream for sex addiction sounds like a surefire way to rocket your film to the tippy-top of my -- or any -- year-end list.

By that, I mean it's a film for people who love film and aren't scared of the disturbing places a movie might go. Comparisons to Drive are apt because both A) feature Carey Mulligan, B) build tension through long takes in which very little actually happens, C) center on characters of very little words who use their silence to mask repressed desires and D) have five-letter titles. Point D might seem a bit trivial, but Drive and Shame condense their central themes into terse, stripped-down titles that reflect the sparse, visceral nature of the films described.

But they differ in terms of plot: While Drive is filled to the scorpion-jacketed brim with plot, Shame is content to follow sex-addicted Brandon (Fassbender) around for a few days as a surprise visit from his sister (Mulligan) sends him on a downward spiral. That's it. No three-act structure, and the plot points I described are merely details in a languorous, carefully observed character study. 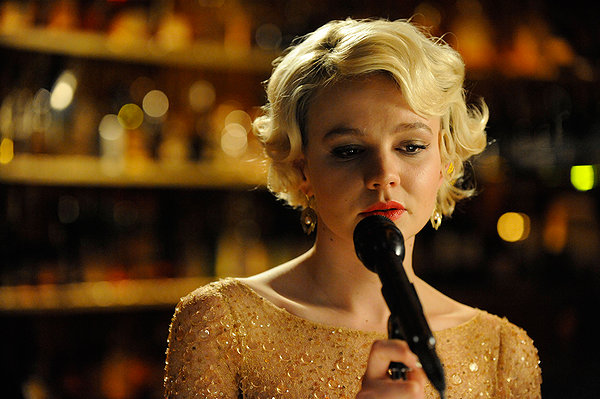 This is Fassbender's movie, and he carries it astonishingly well, conveying empathy for a character whose life consists of transitory release and awkward stretches between his fixes. A lesser actor would deliver a more over-the-top performance, but Fassbender and director Steve McQueen understand sex addiction: Brandon's compelled only by need. While it would be shortsighted to call Shame the better film, it shows more balls than Requiem for a Dream (literally and figuratively) in its refusal to explain the nature of Brandon's addiction or pander to the audience by portraying sex as the least bit pleasurable.

The only clue the film provides as to the catalyst of Brandon's addiction comes through Mulligan's character, Sissy. They're a little too comfortable in close situations, and she can provoke him to anger almost effortlessly. While her character isn't given as much pathos because we see the world through Brandon's eyes, Mulligan is almost (and that's a tiny "almost") as good as Fassbender, equaling him in the scenes they share. She's given more to do here than in Drive, and little details about her character -- the way her roots show, the way her nail polish is cracked, the way she uses her sexuality as a weapon -- are so right, it's uncanny. You may know someone like Brandon, but you definitely know someone like Sissy.

Shame may not have the energy (or score) of Requiem for a Dream, but it's in the same league, destined to be remembered as a great and daring film a decade from now.

MINORITY REPORT: The one-two punch of A Dangerous Method and Shame was so striking, I can't even imagine what people must have thought in 2012 when they realized Prometheus was secretly the grand finale to Michael Fassbender's Dick Trilogy. - Donovan Laird