...came from a hilarious thread from the Something Awful Forums. The thread isn't goldmined yet so the only way you'll get to see it is by registering an acount and giving "Rich" "Lotack$$$" "Gimmiemonney" ten dollars. Please refer to me when you register since I get a cut with every referal, as does the person who referred me and the person who referred him. We call it "the pyramid of wealthiness".

Special thanks to forum members robvas, IanJ, Boinks, Snausages, MikeTyson, Whiskey Highball, BlazeKinser, RiffRaff1138, and Clobbersaurus for doing most of the work for me. You guys are keen!

The second installment of Pregame Wrapup ran this week. I wanted to thank the fiftysome people who emailed me to say good job and the twentysome who emailed me to say things like "I'm an Indiana fan so that isn't funny" and "BEN ROETHLISBERGER IS A HERO YOU INSENSITIVE SWINE". Maybe it's the other way around. Whatever the case, keep writing in and I'll keep trying to respond. If you have any questions about sports shoot me an email and I might even answer them in the column. How fucking cool would that be?

The movie review this week was replaced with an AMDB because I needed to let my batteries recharge. Then Zack came along and did a better job than I ever could. I'll try to get up to speed for two weeks from now, when I look at "Children of the Living Dead" or "Hairdo U". Keep emailing me your suggestions, I try to watch them all even if I don't always review them. 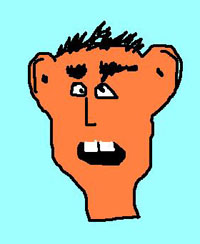