Feminism and the Modern Hobo 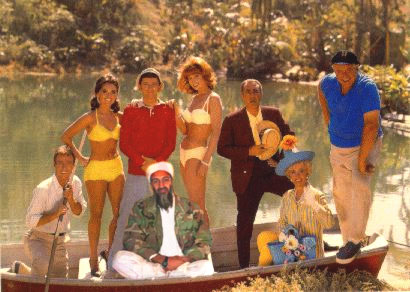 I wasn't feeling particularly creative this week. At least not in the writing sense, so I ended up with no ideas for an update. Most of the time when that happens, I write about emoticons. It keeps the frontpage from being empty, they are fairly fun to write, and they get an okay response. So that's why I've written 4 or 5 updates on emoticons when most people in the world have written zero. I guess you could say I'm better than most people because of this, but I don't agree. I'm modest to a fault, really.

Here are the other emoticon related articles I've written, in case you're feeling masochistic:

The Mirror Has Two Emoticons

Not Without My Emoticons: The Dumb Internet User Story

The Passion of the Emoticon

I was Deep Throat

Well not really but I once ate a really big hot dog. Maybe it was actually a bratwurst. The truth won't come out for a while, that's for sure.

Things I Regret Doing This Week

I lost my car keys inside of Frolixo's cat. Long story, but I regret that. I had to wait in line at Wal-Mart to get new ones made.

Livestock: Moof, do you have anything you want to say to the readers this week?

Moof: can you tell them my dog story

Livestock: Yes, I suppose I can.

Once upon a time a young man named Tom "Moof" Davies was torn from his slumberous state by a loud conversation just outside his bedroom window! Tom sprung into action, rubbing his perplexed eyes and moving towards the source of the distraction! It was two human clouds, and a cheerful dog, standing outside his home chatting up a storm! One cloud thundered to the other, "he is no longer afraid of the water, but he is still scared to swim." The dog ran around wildly, happy as can be, no longer afraid of the water.

Meanwhile, a thousand miles away, the ocean claimed the lives of 13 sailors.