"I'm from Texas, and one of the reasons I like Texas is because there's no one in control." - Willie Nelson


We make our move on Juan Herrera after the rodeo. The stands are emptying into the parking lot and Herrera is among the crowd, crossing towards his caravan of trucks. He's an old man, white-haired, dark-eyed, with an imperfect face chiseled from a block of dark wood. He is surrounded by his well-fed nephews in their cowboy hats and cowboy shirts. They're all carrying openly, which might be cause for concern if I hadn't just watched them pour beers down their throats for the past hour. By the time they see us we have our guns in their faces.

"Bounty hunters! Keep your hands high!" Pike shouts right in my fucking ear, his cockney accent stripping the words down to a series of vowel sounds.

Herrera is riding herd on about a dozen grandkids and great-grandkids. Little square-headed Mexican boys and girls dressed in bright clothes. They start crying almost immediately.

I get my hands on Herrera and drag him away from the kids. His nephews finally bring out their guns, but Herrera calms them down in Spanish. Something like, "No blood today. We will sort this out in the future."

Herrera crouches and kisses one of the little girls on her forehead. He says to all of the children, "Be brave. Do not cry. I will see you again." He rises and extends his hands, arms together, for me to snap into cuffs. After that, he goes willingly.

My man, Vargas, has parked and abandoned a rust-spattered truck to block in Herrera's chase car. The old man has a couple of security men that follow him around in a Buick. Based on my previous observations, they're pros who have been on the job too long. Getting lazy. 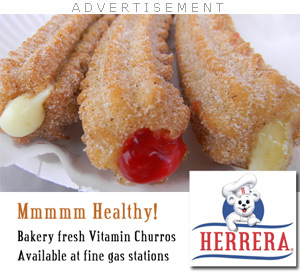 Vargas joins us as we hustle through the crowds in the lot and duck under the clipped chain link surrounding the fairgrounds. We make our way over the parched grass to our getaway vehicle. Pike takes shotgun. I sit Herrera in back, sandwiched between me and Vargas. Spinoza guns the engine and we take off out of the dusty lot. She turns north, takes the cutback we scouted to lose any tails, turning us back south and heading towards the border.

"Were they pissed?" I ask Vargas.

"Huh?" Vargas won't look at me. Never worked with him before and I'm still not sure the kid has his head on straight. Been acting weird all morning. He finally answers, "Yeah, they were, uh, yelling and cursing. Didn't wait around too much."

"Fine," I say. "Good job. The hard part is over. Now we just have to get him to the border and get paid."

Nav computer says fifteen miles south-east to the handover. The Mexican military is going to be waiting for us with the money. Don't like working for a flag, but when the money is this good you sometimes compromise your ethics around the edges. It's not like I put on a uniform.

Spinoza is as serious as always, but Pike is wired on red devils. Laughing and looking back at us from the front seat. He's thinking about spending that money. He looks like a fucking idiot in that cowboy hat.

"Watch the back," says Spinoza. "I think some of them might have followed us."

There's a white pickup tailing us that looks like it could be Herrera's nephews. I watch it for a mile or so, getting steadily closer, then slowing and turning off onto another road. Quiet settles over the vehicle. Spinoza switches on the radio to try and fill it with something.

"You've watched the American Dream being stolen from an entire generation," intones a voice with too much reverb, "now it's time to stand up for the dream. If the rest of the country won't do it, then let's show them Texas will! Take back Texas with No Paine, No Gain host Harper Paine on his Lone Star Tour, with special guests Cook & Travers, Fox News's Megyn Tucker, Congressman Lou White, the Gadsden Boys, and Rowdy B. Tickets are nine dollars at the door, or five if you sign Harper Paine's pledge to join the First Texas Defense Division and help us take back Texas for Texans! Come on down-"

I reach over and switch it off. Nobody complains about the silence after that.

"How much is my head worth?" asks Herrera.

"At least tell an old man where you are taking him," says Herrera.