Every fixture is real gold, ever frieze and mosaic is imported from Italy or Greece, every alcove is occupied by a minor art treasure. There's a 100-inch TV swinging from the ceiling as if it's become partially unanchored. It's playing something nasty at max volume. Girls screaming rape.

My bosses are waiting for us. There are three of them, plus their managers, stylists, dressers, writers, and whatever other barnacles have attached to their ships. That brings their total to about twenty, plus a baker's dozen of half-dressed agency girls, all of them sprawled out on Edwardian tables and overstuffed couches older than the Liberty Bell.

The camera crews from their MTV show have got them triple covered. A fourth crew comes at us with hot lights and whirring electronics. Eduardo points his gun at them. They love it. 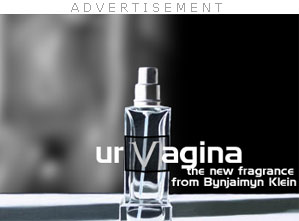 Klint shoves one of the girls off his lap and bounces to his feet. He shakes blonde dreadlocks from his eyes. He's tanned and toned, shirtless beneath a cotton Armani blazer. His eyes and half his face are hidden under bulbous green sunglasses.

"I knew you guys were rock and roll," he claps his hands and saunters over to us.

I can hear the opiates in his voice. It reminds me of the Thai stick in the cab that did nothing to take my edge off. Klint starts plucking at our clothes and ogling our gear.

Howser joins him, taller and leaner, a tattoo of a black horse on his left arm. I caught a couple episodes of their show just to familiarize myself with my employers. Howser is the dangerous one. A true psychopath.

Rollins just watches us from one of the couches, his face dark and brooding. He rolls cognac in an oversized glass and strokes the head of a pet tiger. He's got red, white, and blue hair and the word "FUCK" written on his forehead in red marker. Fall of fucking Rome shit right there.

"Ever kill anybody?" Howser asks.

Klint is enamored with the hardware. He snatches the Borsig 45 from my holster and starts waving it around. He aims the big gun at one of the girls. She's too burned to care. I reach over his shoulder and tear it out of his hand.

Someone opens a champagne bottle with a loud pop. It's Rollins. A girl squeals as the cold bubbles cascade over her bare breasts. Rollins presses the rim of his glass against her stomach to catch the runoff. In a rap video that sort of thing is hot as hell. Seen in real life, or whatever you'd call this, it just seems like a ridiculous thing to do.

Klint and Howser start to lose interest in us, drifting back to their smoldering party. I let them get nice and comfortable before I start yelling.

"I have 45 minutes to get you to Grauman's for your red carpet. There's a water riot going on, MS-13 is in open war with the Chinese, some Greenbean got capped so the National Guard picked today to clear the ghetto, and traffic is backed up from here to the I-10. I've got weed and 800 milligrams of Motrin in me and it ain't doing shit for my hangover. Get dressed and walk nicely out to the cars waiting for you and I will smile and hold the door open." 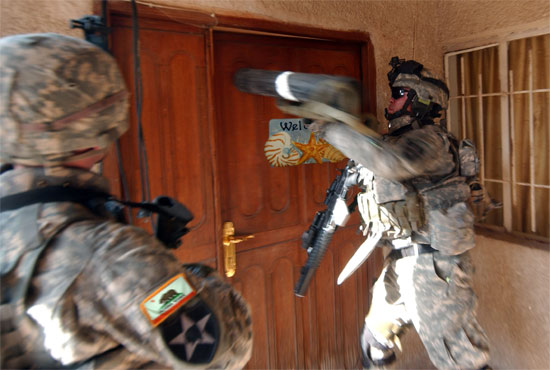 The redhead on the screen starts puking on the guy's dick.

"Or you keep drinking cocktails and jacking each other off and I will have ten big hillbillies red-lining on meth come in here and hog tie you and carry you out to the cars."

The tiger yawns and walks out of the room. No one else moves. I glare at them through Blue Blockers, my fucking brain is pounding against my skull like it wants out. Rollins takes a sip of his champagne.

I thumb the safety off the Borsig and discharge it twice into the ceiling. That lights a fire under them.

Ten minutes later, as they're staggering into the Escalades in their velour jackets and silk scarves, one of the MTV guys pats me on the arm.

"That was fucking awesome," his lip rings jingle as he smiles.

"Thanks," I say only halfway paying attention.

"I hope they don't fire you," he continues like I care, "because you are going to make this season."

A dream come fucking true, let me tell you.