"Crouch down and lick the hand that feeds you; and may posterity forget that ye were our countrymen." - Samuel Adams

My first day starts late. The third alarm clock is what finally wakes my ass up. My TV is blaring Fox News and my clock radio is trilling out some Mexican dance music, but the white-hot electronic poker in my skull comes courtesy of a little black Timex travel alarm clock.

I groan and struggle to sit up. My body is not happy about being awake.

Never celebrate landing a job the night before the job starts. Especially not if it's a job you fought hard to get. All those Jack and waters are like lead weights on me. I passed out in my clothes on the broken ribs of my futon and now my apartment smells like I sweated out about five gallons of booze through my asshole.

At least I didn't puke while I was asleep. I save that for the shower.

About ten seconds after the dribble of piss-warm water hits my head I chuck my ranger candy down the drain. After I towel off I manage to hold down a V8 and another round of painkillers. El Chupacabra on lunch-time español says highs today of 110. Fuck Los Angeles. The white man was not built for this weather. 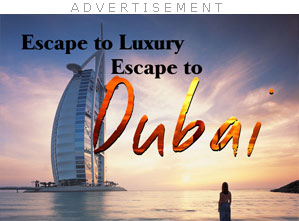 My sweat-wicker goes on under my vest, my heavy-as-shit plates go in the vest, and my motherfucking suit goes on over that. I look like a potato going to a wedding with all this hardware. Gonna be a boiled potato before three o'clock.

The headache and backache ease off way too slowly, and by the time I can almost function I'm hailing a taxi. It's a luxury I can afford for once.

"Santos Storage," the cabbie had better not need directions.

The driver takes one look at me and slides the partition up. He yells something in his heathen tongue, but it's lost in the inch of shatterproof plastic. All I care is things start moving. I light up a Thai stick and drag. The driver gives me a dirty look in the mirror and I give it right back to him doubled up. I've got plenty of scars on my face to put an exclamation mark on every sentence. He has enough sense not to say anything.

The storage unit on Melrose is the muster point. My guys are already there.

They aren't my guys really, just a bunch of inbred trigger-pullers washed out of the bayou and some ex-Marines still half-fried from Venezuela. I got no patience for the yokels, but the Marines I can empathize with. I ate two bowls of shit down there. Lost my upper teeth and a chunk of my soft palate to an RPG attack in Caracas. Nearly lost the family jewels to an IED there too, but we learned to sit on our helmets for a reason.

The boys are milling around the lockup. A few of them are scarfing down menudo and shitty tacos from a lunch cart that must have smelled their redbacks and come running. Most of them are just standing around trying to look like the biggest badass. It doesn't work as well when you're wearing a fat guy's suit and tie over trauma plates. I shove my way past.

"Alright, shitheads, unless you were lying to me yesterday then you all know the routine," I pop the lock and lift the door. "Grab a carry pass, goes around your neck. I don't want any trouble from some dumbfuck Greenbean. Then you take only what you need."

I take first pick, of course. Something German and meaty for my hip and a nice lightweight Singapore ten mill with a composite folding stock. Feels real good around my neck and it won't make me any hotter than I'm already gonna be. Most of the guys pick similar kits, but a couple TacOps nutjobs start loading up on flashbangs and these ridiculous drum-fed auto shotguns.

"We're not kicking down doors here guys," I tell them nice as can be.

They just give me the Iceman Stare and keep thumbing ten-gauge slugs into the drums. I shake my head and make a mental note. Those yahoos can ride in the bait car.