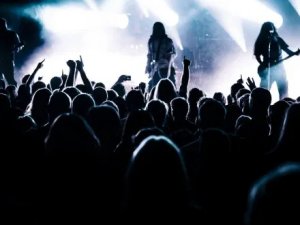 I'm Slag Rancid, lead singer of the multi-platinum-selling rock band Shocking Dark. We're playing a sold out stadium filled with thousands of screaming fans. The crowd raises their lighters as we launch into our ballad "Lasers of Love," which is the only song to ever be retired from the Billboard Top 100 after spending five consecutive years at #1.

It wasn't always like this. I used to have dreams.

Ten years ago I was a journalism major at NYU. Like most rebellious teens, I wanted nothing more to be a music critic. I spent all my free time poring over music reviews, memorizing every longwinded intro, bizarre metaphor and pointless story about the first time the reviewer saw the band live. I imagined the glamorous life of a music journalist: deadlines, editorial meetings, frantically Googling more synonyms for "loud." That would be my life someday.

After graduation, I needed a way to pay my bills until Spin answered my query letters. I applied to many jobs, but none were impressed with my CV, which was mostly just my iPod playlist. Finally I answered an ad by a band looking for a lead singer. With all I knew about singing from describing it with words like "reedy" and "sinuous" I passed the audition easily. I wasn't too thrilled about being a rock singer, but it put food on the table, so I saw it as a necessary evil. Plenty of music critics have briefly worked as musicians before getting their big break. Rumor has it that a young Robert Christgau was once so desperate for money he spent three months as the bassist of Deep Purple. 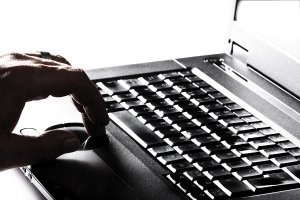 At first it was easy to balance my day job as a rock star with my true passion for writing pithy sentences about rock stars. But as the months wore on and my band signed to a major label, I found harder and harder to make time for writing in between touring the world and having sex with supermodels. What began as a means to an end was now becoming my whole life.

You can guess the rest. It's now been several years since I even opened a thesaurus. These days I merely create the music I once dreamed of criticizing. There is the small consolation of fame, fortune and writing timeless songs beloved by the world, but all that feels trivial compared to the thrill I used to get from writing the perfect synesthetic description of a drum fill.

As my band leaves the stage I see teenage boy in the crowd scribbling in a notebook. Probably an aspiring critic reviewing our show for his college newspaper. Part of me feels jealous, but another part of me wants to take the boy aside and tell him my story. Maybe then he won't make the same mistakes I did.