Reppin': rubber cat
"What does the paper say about tomorrow?"
"Another scorcher!"
"Cool." 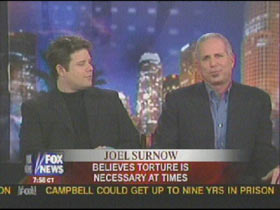 DAMNIT! 24: No Jack Bauer Until 2009 (Most Likely) - Executive producer Joel "I loves me some torture" Surnow has left the show, which means that when the show returns ten years from now, Jack will be settling matters with words instead of waterboards.

Celebrity Rehab with Dr. Drew - MaoistBanker says he was a production assistant on this show, but he was actually supplying the celebrities with Bolivian marching powder when the cameras weren't looking.

Just finished The Wire Season 1: What's the big deal? - When someone barges in and criticizes The Office, they get jumped on - and rightfully so, since most of the time it's just some random troll. chagrin, however, posts his likes and dislikes with the first season of The Wire, and a rather civil discussion of the show ensues. Take note, TV IVers.

Avatar: The Last Airbender — What the hell, Nickelodeon (Season 3 Part 2) - LadySage posts about her Appa plushie. Later, some goon IMs her and asks if she is secure enough in her sexuality to admit to that, apparently unaware LadySage is a lady. Who'da thunk it???

American Idol: the voting rounds. - Don't bother voting. The superdelegates will select Haley no matter what.

Lost Cartoon Show; Requesting Information and Lots of It. - Bemon Lime posts a thread trying to find out information about a 1980s Turkish cartoon, Brown Moses chimes in with "I HAVE A FIANCEE AND SHE IS TURKISH," and everyone else goes "HA HA I THOUGHT YOU WERE TALKING ABOUT THE TV SHOW LOST BUT IT TURNS OUT YOU WERE USING THE COMMON ENGLISH WORD 'LOST' AS AN ADJECTIVE!!!!" Congratulations threadid=2770983, you are the worst thread of the week. 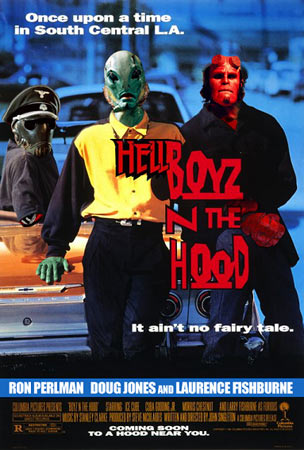 How my best friend became a Professional Author and a Great Artist. - Oh no Helldump is leaking and both the OP and the callout victim are idiots. BONUS: White Knighting boyfriend Xelavinas shows up on page 13.

So if you got asked to plan to build Rapture...how would you do it? - This story has the one story element we all wish for in our lives: a friend so rich that they don't mind spending thousands of dollars on us and embraces our nerdy tendencies.

Double Feature - Every time a movie photoshop thread comes up I keep waiting for someone to do Gayniggers from Outer Space, but alas.

Back to the Future Valentine Card journey! - Aspiring image macro artists will always have a place in the Valentines card industry.

HALP people think i are smart now - "You are the worst poster of 08 so far congrats" - Eris is Goddess. The OP has somehow created a literary form of teflon that prevents the eyes from focusing on any one point of her post.