Monday, May 21, 2007 by Jon "@fart" Hendren (@fart)
~*~ The TV IV ~*~
Reppin': rubber cat
Keep up with your favorite shows and discuss their intricacies with loads and loads of people with nothing better to do than to count how many times Jim looked at the camera last week.

Survivor - Fiji Season Finale/Reunion - CBS 8pm ET/PT - Former Survivor castaway and IT guy Yau-Man Chan has a Something Awful forums account, and is totally answering questions in this thread!

Cavemen Anticipation Thread - Did you hear they're making a TV show based on those Geico Caveman commercials??? It's a sure-fire hit destined to join the ranks of such classics as The Dell Dude: The College Years and Mr. Six in the City.

Battlestar Hiatus: Season 4 hamster story arc discussion thread - A thread for discussing all the hamster-related subplots in Battlestar Galactica. Just kidding! That's just how we roll in The TV IV.

Coda - Studio 60: The Final Six - Thursdays in May and June, 10/9c, on NBC - TV connoisseur Home4Kwanzakkah spent some time making a cool little gif collage for the soon-to-be-off-the-air Studio 60 on the Sunset Strip and should be commended for his effort.

The Office: The Job, Season Finale - Thursday 8:00pm on NBC - Did Ryan really get the job, or are the writers just messing around with us??? Led by ForeverFlashlight, goons try to get to the bottom of this mystery, culminating in a video by Kevin "Fragmaster" Bowen near the bottom of page 23.

Network Upfronts Week!!!: If you're a big TV slob or one of those meatheads who read TV Guide and Entertainment Weekly, you know that last week was network upfronts week. It's a special week where all the networks reveal all the new hackneyed, derivative TV shows they've got lined up for fall. So what's new? TV IV is on the case: NBC tries to capitalize off the success of Heroes by greenlighting a bunch of hokey sci-fi shows. CBS outsources its reality shows to children by attempting to recreate "Lord of the Flies" in a ghost town. Will FOX terminate a Terminator spin-off? Only time will tell. The CW cancelled Veronica Mars to make room for Gossip Girl, "a teen soap about rich Manhattan teens as told through the eyes of a secret blogger." ABC accidentally greenlighted the same show five times, but just changed the job of the protagonist for each one so no one will notice.

Season Finales!!!: Here's a reminder that a bunch of shows like 24, Heroes, and Lost have their season finales this week, so keep watching The TV IV so you can complain about how much they sucked with fellow nerds! SPOILER ALERT: Peter Petrelli is a cylon! R-cat out. 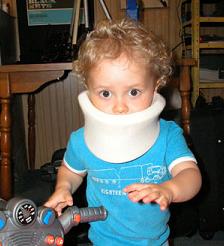 Endless Phlegm - Is this Craiglen's question about a persistent hacking cough, or merely the worst buffet advertisement in history? Either way you'll definitely wish you had a sneeze guard handy!

Tell me how to fatten my dad up. - belikeron's father is feeling kind of thin after chemotherapy treatment, and could really use a high-fat diet to help bring his weight back to normal. Luckily, the Something Awful goons have some great ideas about how to pack on the pounds.

Why can't they use complete blood transfusions to treat infections i.e. HIV - Axim learns an important lesson about viruses, and why an oil change isn't going to fix that transmission problem, so to speak.

Should your average American be concerned about parasites? - peezus is concerned about playing host to a nasty little intruder, but everyone else in the thread tells him not to worry. Perhaps the flatworms have migrated to their brains and told them what to type?

When the hell do I take a pregnancy test and other related questions - Speaking of parasites, Lissedae would like to know if it's ever TOO soon to find out if something is growing inside of her.

Sudden feeling of heat in my left leg - toaster_pastry may be telling too many harmless white lies, because it appears that a small portion of his pants are on fire. Or maybe it's just a pinched nerve, who's to say? 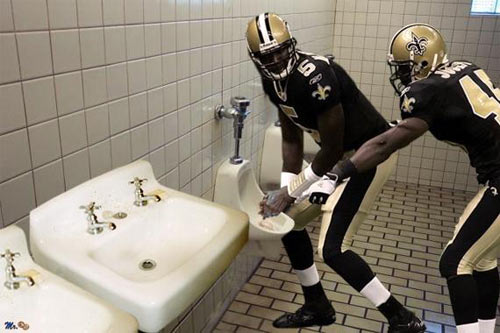 The SAS L'il All-Stars 2007 Draft: TheChirurgeon returns to give 32 lucky forum users kickass NFL avatars! But guess what? You can't have one!

NFL Offseason: Minicamp Madness (with bonus round the clock Vick coverage): The draft is over and all we have left is waiting patiently to see who shows up to run laps in shorts and helmets. (Note: User FizFashizzle may grant you an extensive knowledge of dog fighting law).

Let's talk technique and strategy: Ever wanted to know why the guys on TV draw on the screen and DON'T make penises? Because they're talking about this shit, dumbass.

Chicago Bears Shufflin' Crew, you better step aside: Football expert (and SAS's most homoerotic poster) from across the sea Trin Tragula brings you something that will lodge in your brain forever. Just watch.

Fantasy Baseball Questions/Advice Thread: Want to shake your e-penis around to 11 other guys you don't know? Learn how here, that's what I do!

NHL News/Views Playoff Edition: Someone Is Going to Get Hurt: Piss and moan in here, or cry with sba as the city of Buffalo surely lets him down again.