STATE OF THE JOHNSTON: PISSED

Hey buttplugs, word. What the shit is up?

Before I talk about anything else I've got to start by making a special announcement: 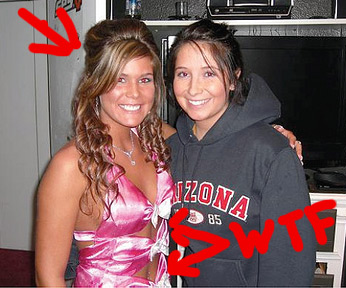 I had to put this shit here because I put it up there and then shit moved over to the side and it looked way fucked so SUCK MY DICK ahahha!There you go, bitch. There you go. You are the worst bitch. You are even worse than cloverfield monster's bug babies. You are worse than the assault weapon ban.

Every time you open your mouth or make a little post on the gay bullshit internet you are one step closer to nobody liking you ever. You will die alone and hated and you will never get that job at the t-mobile store at the mall. You will be a server at bob evan forever because I hate to tell you bitch but you read what you sew.

In case y'all haven't been watching Fox News my dumbfuck sister Mercede has been posting on the computer and talking to van susterbs and shit about how me and Bristol broke the fuck up.

Some things you have to understand: my sister Mercede is dumb as fuck. I am talking Turb dumb. Just like that crazy little dude. If she wasn't so busy putting tints up in her hair and tanning and sucking coreys dick I swear to god she would be filling a diaper and rolling around trying to eat subutexts off the floor or some shit.

One time I did that magical trick where you pull a quarter out of someones ear and she just started screaming and locked herself in her room and wouldn't come out. I didn't even do it right. I tried to show her how I did it but she turned up her music and sherry told me she had some truckers coming over to buy oxy so I had to go.

Mercede has been putting shit on melissas myspace pages (one of her dipshit friends) and telling anyone who will listen that me and Bristol broke up like a month ago. Which is technically true I guess, but that metaling bitch has got no right opening her dick hole about my business. And everyone's got the story all fucked up too.

Just look at here is just one of the stupid things she typed into melissas page:

Keep in mind that was back in January when shit was still good. Just because I didn't let Mercede and Sherry come see Tripp right away they act like it was a front to them. It was not a front to them. I just hate those two bitches and sherry was fucking on house arrest for court man dating shit anyway. So what the fuck????

Man look TVO just because I saw one frigging Fairly Odd parents dont mean I like want that shit all the time. Okay? Dude I was high. Drop it.When I heard this bullshit about me and Bristol breaking up on Fox News I knew I had to do some shit. With all my sister's nonsense and slanders being propicated out in the mainstreet media I knew I had to make my voice heard. Everyone is trying to spin this and make it out of politics, but it ain't about it.

So, no matter what nobody says, I didn't get drunk and throw TVO at Bristol because it called me gay and recorded shit off Lego Channel. I don't give a fuck about TVO. Nothing it could say or do could ever make me hurt Bristol. Not even when it does scary shit like somehow know I want a domino pizza and tell me to go on the computer and order one.

Me and Bristol was just growing apart and experiencing some differences. She's always focused 110% on Tripp. Me and Tugg just got to fend for ourselves. That's easy for Tux he got those little pads on his feet so he can climb a wall and those eyes that look in different directions at the same time. Oh and he can change colors too.

Oh, no shit, that is Timbo, my chameleon. Shit, I forgot about him. Last time I saw him was like December and he was climbing on the back deck window like he had to take a shit or something so I threw him out there and I guess he just liked it better in the snow. Turd does alright though. I saw him eating oats a few weeks ago. Got the quaker can.