Monday, Jun 04, 2007 by Jon "@fart" Hendren (@fart)
~*~ General Bullshit ~*~
Reppin': SpecialOlympian
GBS is the forum where threads that don't quite fit anywhere else go. We already have lots of specialized subforums already though, so a large portion of what flows into GBS are threads like "I just pooped my pants at work today and I don't remember eating all that corn". Oh, and these:

My girlfriend has joined a Money Cult - Lettuphant's girlfriend is in the clutches of a pyramid scheme. Updates in the OP, but be sure to check out the story of jartonio who spent an entire summer building character in ways you're simply too stupid to understand. Dude sold bibles.

Awesome Things I Saw While Delivering Pizza. - Little Danzig calls forth the circle of pizza delivering elders to laugh at how much they are over tipped by the public. Protip: Delivery boys need quarters for laundry, just like everyone else.

Things I never knew about Sarah - Bruiser is back with more stories. Please remember, Bruiser is an untouchable Christ-like figure who can do no wrong and constructive criticism is the same thing as threadshitting. Why must you threadshit, boniface and Chet Fabulous?

Reality TV through history - Back in my day we had Battle of the Network Stars and we didn't want TV to be any more real than that. spacemountain is just getting greedy. This week's GBS image is courtesy of Nondeviant on page 4, who tacitly approved my use by posting the image.

The Great Watermelon Shotgun Massacre [Photos] - Klytus shares the untold story of a group of WW2 refugees who made their last stand in a field of watermelons. Graphic, juicy, and full of seeds.

Find your long lost avatar twin or family - Fuderyuu has taken upon himself the Sisyphean task of categorizing the forum's avatars. 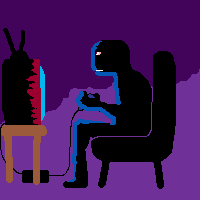 Forza Motorsport 2 - Ever wondered how many 80's cartoon logos you could fit on a car to show off during online races?

Super Smash Brothers: Brawl - Smash Dojo Shock: You Can Hit People In SSB:B - Watch as the slow drip of information creates a frenzy and items "rapidly release blast after blast of firecrackers that explode gaudily."

The Great High Score Challenge Thread! - Will this score ever possibly be topped?

GOONFLEET: Now Recruiting (cocks in our asses)! - Due to lawsuits and drama, EVE Online is no longer allowed outside of the subforum "Your Console Sucks."

Iron Man is a dick! Or is he? For the past year and a half the characterization of Marvel Comics hero Iron Man has been a great contention between fans. Were the lengths he went to justified? Can he still be called a hero when he has sent so many to prison just for the crime of being a super-hero?

That Grant Morrison [possible spoilers] Ok, so there aren't really spoilers in this thread but there is a lot of discussion on the merits of comic book author Grant Morrison. A Scotsman who spent most of the 90's on drugs and writing some out there comic books he has recently become a big name in mainstream comics with his 7 Soldiers mini series and co-authoring DC's 52. Is his fame justified? Well, I say yes, but that is just me.

Your worst comicbook outing moment Sometimes people don't always advertise that they read comic books. Sometimes they even try to hide it, this thread is when that doesn't quite work out.

New Avengers #31 - Let loose the theories of speculation! (SPOILERS INSIDE) We got us some insider information here, but what does it all mean? THIS thread actually does have spoilers so keep out if you don't want to know!

Its that time again: Funny Panel of the Week
This week's funny panel is brought to you by criptoziod.

Dig those groovy sunglasses, Daddy-O and I'm sure mittens are really useful for a spacesuit. Also, this panel contains a joke about a penis. See if you can find it. 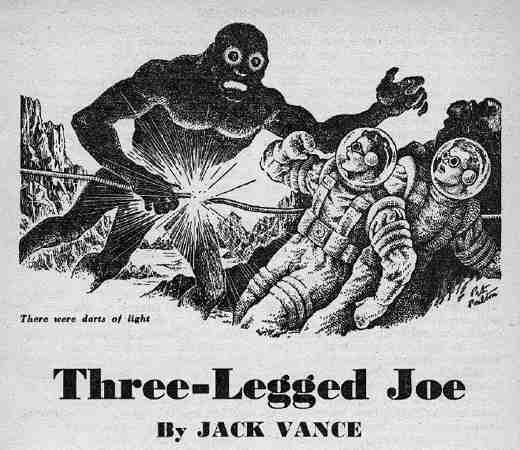