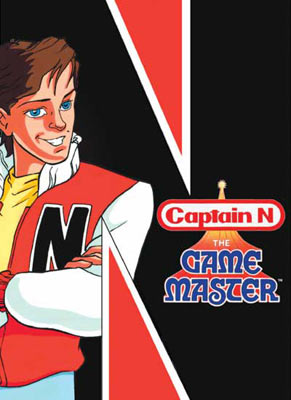 Holy shit, so many awesome games in 07! - I'm also still holding out hope for a few surprise N-Gage announcements.

The best implementation of specific features in games - The highly sophisticated engine employed for realistic marble physics in "Marble Madness" remains, to this day, as one of the hallmark technological achievements in gaming.

SA Game-Dev Challenge: Let's Get this Ball Rolling - Check out this ambitious thread that will most likely end in drama and incompleteness.

Let's play chess - An interesting post by post game of chess, as a sort of spiritual successor to sending moves via e-mail.

Photo-A-Day Thread for July - If you guess what this thread is about, I will give you a pony. 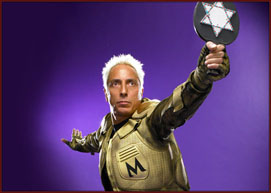 Who Wants to Be a Superhero - Thurs at 9pm in the Bat Lair - These people all have the same Kryptonite: dignity.

2007 Emmy Nominations - Let's get angry about which shows are best! - In the "Best Drama" category, the Emmy people left out The Wire, Battlestar Galactica and The Shield but left in Boston Legal, the legal drama starring William Shatner. TV IV reacts to this gross injustice by threatening to boycott The Emmys and.. oh hell, we'll end up watching it anyway.

Big Brother 8 (CBS) - Your Summer of Sluts, Slop and Chenbot - Basically, this thread is just twelve pages of "ha ha look at those stupid people on TV." SPOILER ALERT: In the season finale, "America's Player" Eric is sent to Room 101 and gets rats put on his head.

Trix Are For Kids - CronicGreen shares his thoughts on the Trix rabbit and what might happen if those kids actually gave him Trix. I think you can guess why he chose the name "CronicGreen."

MS Paint the Nostalgia Cash-in Movies of 2027 - Hey, GBS! TV IV is not your dumpster!

Poll: Iranians oppose unelected rule, support normalization of US relations - Its good to remind ourselves that the mideast isn't necessarilly a uniform bunch of Western haters.

Americans take vacations less than any other advanced economy - Is leisure time undervalued in American society?

Hillary Megathread: Good enough, smart enough, and (some) people like her - Come discuss the prospects and news on the Democratic front runner.

Al Qaeda is comparable to 2001 strength, also Chertoff has "gut feeling" - Despite expenditures, we have't seemed to slow down our enemies. Whats to be done?