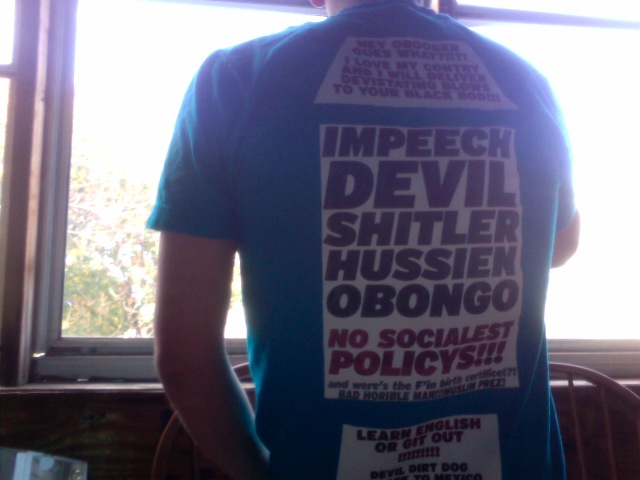 have you seen this coolass little animal - aye yai yai thats one scarey rat!!! kill it with fire from orbit goonsir

NAZI PELOSER wants us to pay milliosn of dollars FOR WORDS - how to be an ace reporter: copy/paste some words into a word document and click word count

sometimes i get a canadian quarter in my change instead of an american quar - fyad cut-up paraone found some nazi gold which can only lead to one thing: COMEDY GOLD!!! 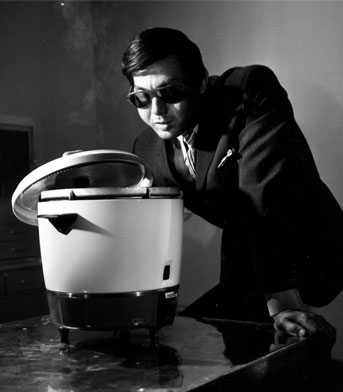 ICSA XXXVIII - How am I supposed to eat this with chopsticks - Battle Rice
- Do YOU have what it takes to compete in Battle Rice?

stuck in Hotlanta. yeah, i've said i always wanted to visit, but not like this. NOT LIKE FUCKING THIS. i should be in Brasil at this very moment. but instead, piece of shit Dulles International Airport had some serious back up on the runway. missed my connecting flight by FIVE GOD DAMN MINS. so, Delta (which BLOWS SERIOUS DONKEY DICK) hooked me up w/ a 'discounted' price to a crap ass hotel that doesn't even have a fucking bar. can anyone else see how much i am in dire need of a god damn drink right now? shit.

this is when i proceed to go ape shit, climb up on the counter and proceed to fling my own feces at everyone w/in my tossing range. okay... this is just my imagination letting this happen... but whatevah, it allows me calm the fuck down a little.

i wake up this morning. actually slept like a brick. and go for the complimentary breakfast the hotel says they provide. i looked at the food and said no fucking way am i putting any of this shit in my mouth. it was the cheapest, most trifling food i've seen. worse than school food. they didn't even have coffee, for christ's sake. they had decaf. fuck my life.

okay... so can i just get to the review about Zaxby's already? i know, i know. i'm doing it wrong.

so... go up to the front desk again and ask... do you know where i can find some semi-healthy eats in walking distance? long silence. she (the manager) finally responds with... there's a zaxby's. they supposed to be pretty good. okay, kewl. i'll go there. i'm starving!

good and healthy do not equate to the same definition as i soon gathered once i stepped into this joint. it looked pretty similar to a McDonald's minus the alarming red/yellow colors and the entire menu was based round chicken.

fuck it, i said. healthy shmealthy. i'm on vacation and have had a bad day. one blackened grilled chicken salad w/ blue cheese and Mediterranean dressing on the side w/ a small order of fries and an iced tea.

it came out. salad looked decent enough, but it came w/ two slices of grilled cheese w/out the cheese. i looked at it funny and the cashier noticed. what's wrong, she asked. oh nothing, i said... just wondering if that's bread grilled w/ butter? yes, ma'am. she replied.

wow. this IS the South. didn't bother eating that unnecessary artery clogger, but did get down on the salad and some of the fries since i really needed some carbs. the salad was okay. the fries were pretty boring and tasteless, though. iced tea was fantastic and just what i needed to give me a little caffeine boost.

but as far as food goes, meh... i'm a fucking snob and prefer health over being a fat fuck. i won't be back."

"The M1 as a Sporter" and other tales of milsurp horror -

The Newbie Question Thread - Have a dumb question? WE HAVE A DUMB ANSWER! Come visit TFR's Newbie question thread where the answers answer questions that were never asked!

German Small Arms of WWII, Part V: The MP43/1 - Someday these threads will be printed and bound into a tome of of Nazi pornography.

Tell me About ATF seizures, and buying guns while traveling out of state - Did you really think the ATF would actually SELL you a gun?

Jazzy ATF Videos and you, learn all about gun deals with your tax dollars! - At least the ATF is making an attempt to reach out to firearms dealers with easy to understand, plain English videos on the subject of firearms transfers.

Goofy firearms-related patents! - Who doesn't need a rifle binky in case they need a pacifier while they're out hunting?

Glock KB! and I'm being told it's my fault..... For shooting it Who doesn't love it when what a company says is taken drastically out of context?