Twilight of the Idols: PART TWO!

On Monday I posted an update explaining that some users on the SA Forums who are particularly adept with the 3D rendering program Poser had created a madcap series of images devoted to the mental degeneration of Captain America. True to my word, and because that update only got two negative e-mails among a large number of positives, I am now posting the second and final installment of Twilight of the Idols. Thanks once again go out to Atomo, CitrusFrog, Scar Trek, and BuddhaKitten, as well as the good people at Sturk Wurk who created the Captain America model for Poser.

I hope you enjoyed the second and final installment of the Twilight of the Idols series! Who knows, perhaps Atomo and company will feel motivated in the near future and produce an entirely new adventure for Captain America. I would hold my breath, but I smoke a lot and can only hold it for about as long as it takes me to exhale.

On a routine expedition, the crew of this week's Phriday ended up getting hopelessly lost in a valley that can only be described as a valley of the lost. Thankfully we ran into a newsstand, got some magazines, and found our way back home. Get ready, because we brought back the best selection of prehistoric magazines you'll ever see! 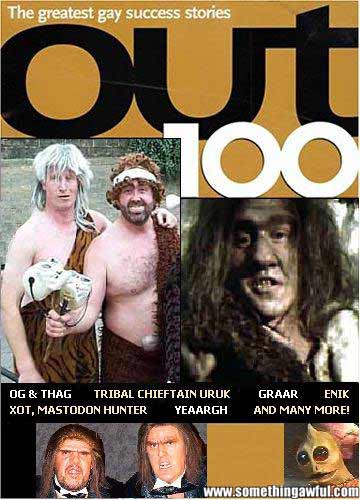 Read this week's Phriday! It's more savage than that time Spock reverted back to the old Vulcan ways and tried to eat Kirk!